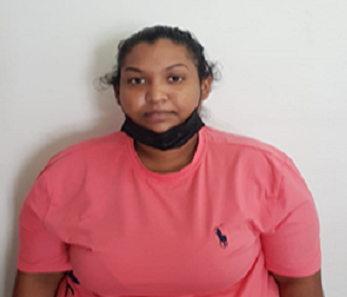 A 24-year-old woman, who was charged in connection with two reports of larceny of monies for the sale of two vehicles, was granted $55,000 bail on Thursday by a Justice of the Peace.

CRYSTAL RAGOONATH, of Assarali Road, Munroe Road, Cunupia, was charged on February 23rd with larceny of $15,300 by Acting Corporal Liverpool and PC George, respectively, of the Fraud Squad.

Bail was granted by Justice of the Peace, Stephen Young, at the Central Police Station, Port-of-Spain.

In the first incident, Fraud Squad detectives launched an investigation into a police report, in which a man allegedly paid a woman $15,000 as down payment on June 23rd, 2018, for the import and delivery of a Toyota Fielder valued at $82,000.

In the second incident, an investigation was also launched into a police report in which another man allegedly paid a woman three thousand dollars as down payment on June 8th, 2018, for the import and delivery of a Nissan Sylphy, on a work-to-own agreement.

The suspect reportedly made the men believe she was in a position to deliver the vehicles, however, she allegedly failed to do so.

The accused, CRYSTAL RAGOONATH, was subsequently arrested during an operation on February 23rd and later charged with two counts of larceny.

Bounty Killer says Spice is the baddest female in dancehall 0

Custom made for you ,Superstrata is a cyclists dream bike 0