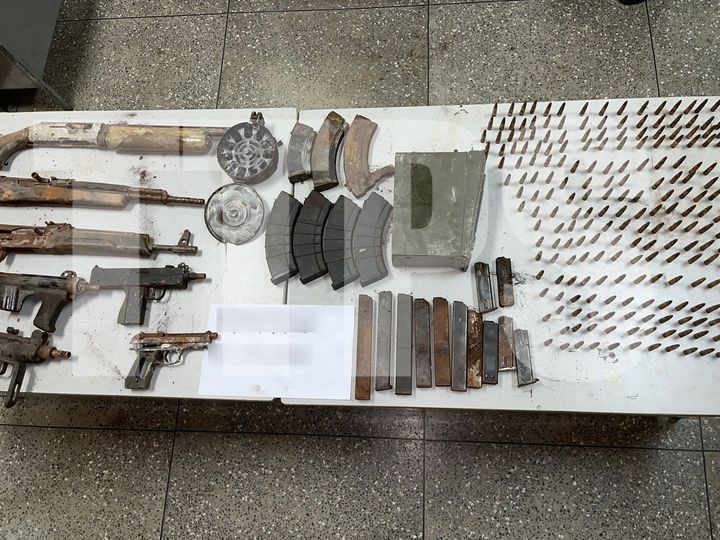 Seven firearms and quantities of magazines and ammunition were found by officers of the Central Division during an Operation Strike Back 3 exercise conducted in Couva last night.

The exercise was coordinated by Snr. Supt. Curt Simon, Supt. Pierre and ASP Raghoo and supervised by Sgt. Persad and Sgt. (Ag.) Modeste and took place between 6 pm and 9 pm, on Wednesday 21st July, 2021.

The suspect, was previously held by officers in connection with a report of wounding with intent which occurred on Monday 19th July, 2021. A pistol loaded with a magazine containing 13 rounds of ammunition was seized from his possession upon his arrest.
Investigations are ongoing.