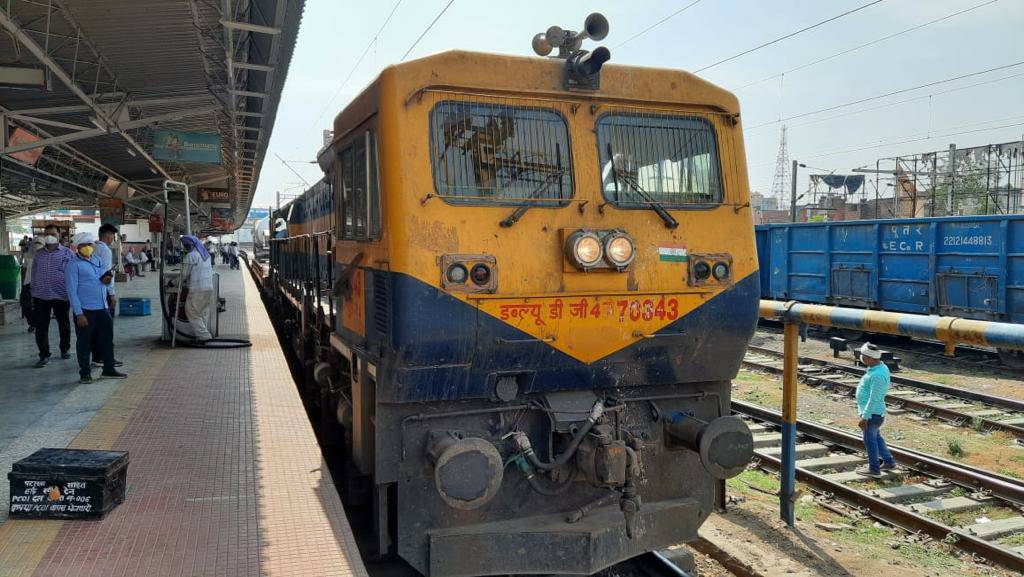 An Indian railway worker has been hailed a “superhero” after he sprinted more than 30 metres along a track to grab a boy from the path of an express train.

CCTV images of Mayur Shelke’s incredible rescue have gone viral on social media with many lauding the selfless 30-year-old.

The six-year-old boy was with his partially sighted mother on Saturday at Vangani station, about 70km east of Mumbai, when he fell off the platform edge onto the track.

Mr Shelke was alerted by cries for help from the mother and immediately started running along the track.

He is seen in images released by the Indian Central Railways grabbing the boy, throwing him back onto the platform and then climbing up himself barely two seconds before the Udyan Express thundered through.

“I saw the kid falling and the train speeding towards him. There was no chance he would have lived had I not intervened,” Mr Shelke was quoted as saying by the Mid-Day newspaper.

He said he had been scared of the looming train, but added: “There was no time to think at all, I was determined to save him.”

Social media users called Mr Shelke, whose job as a pointsman is to check the train signals, a “superhero”.

Central Railway rewarded Shelke for his act of “bravery, courage and presence of mind” with 50,000 rupees — about $665, railway officials said.

Seemingly unsatisfied with one act of heroism, Shelke has since decided to donate half of that money to the boy he saved, the Indian Express reported Thursday.

“I’ll give half of the amount, given to me as [a] token of appreciation, for that child’s welfare and education,” Shelke told news agency ANI, according to the newspaper.

“I came to know that his family isn’t financially strong, so I decided this.”

Hon'ble Minister Shri @PiyushGoyal announced an award of Rs 50000/- to Shri Mayur Shelke, Pointsman, Vangani Station for the act of bravery, courage & presence of mind on duty.
He saved a life of a child who accidentally fell on the track.

In Memory of Andrea! Citizens turn out for candlelight memorial opposite Red House 0