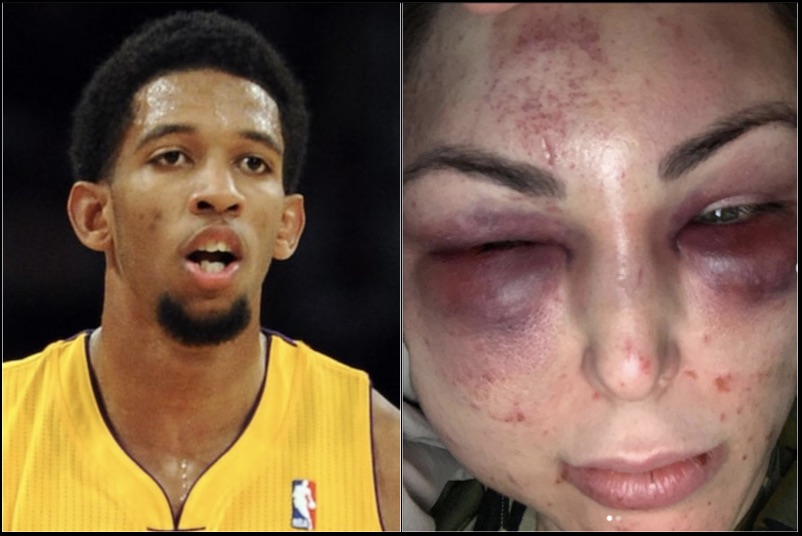 Recent scandals have engulfed current and former NBA teams, and we have now added the latest case to the notorious list.

Former NBA player Darius Morris was caught on camera beating up his ex-girlfriend while she screamed for help.

Pictures and videos were posted on social media, showing Morris’s poor attitude and behavior by someone who was fed up with the situation and who called Morris out on Instagram with a series of posts that also included a video.

According to Total Pro Sports, the video of Kristen Evangeline being beaten up by Morris was recorded last year but not released until now in order to protect the former player.

However, now, it’s too late because people are coming forward and agreeing to intervene and put a stop to his abuse for good.

In the post @ duttygyal_ captions a photo of her friend Kirsten with a purple and blue face that read: “@ d1mo why would you do @ krisdreamz like this??? YOU SICK AF!! I’ma ruin your whole image with this one because everyone gotta know about this! And I’m sorry that I didn’t mark this as sensitive idk how to but this made me so MF mad!!!!!