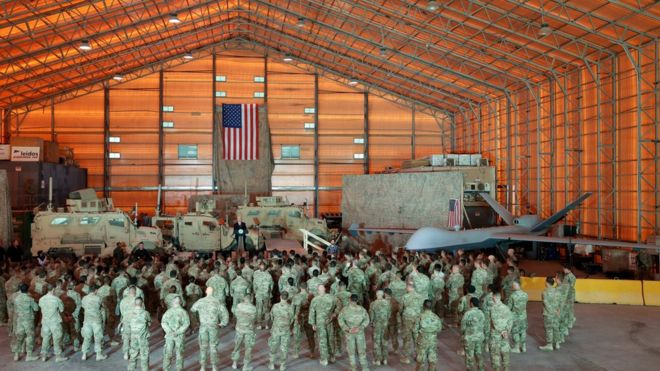 An airbase housing US and coalition troops in Iraq has been hit by rockets, according to US security sources.

According to the BBC, the Al-Asad base was reportedly hit by multiple rockets. It is unclear if there have been any casualties.

This incident comes after top Iranian commander Qasem Soleimani was killed in a drone strike in Baghdad on Friday, on the orders of US President Donald Trump.

Loading...
Newer Post
Iran’s Minister of Telecommunications tweets “get the hell out of our region”
Older Post
Best practice techniques in Corrections Management to be shared by Canada’s Correctional Services

Vasant Bharath : “Banks should reduce mortgage rates for one year” 0