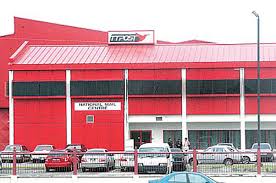 The TT Postal Corporation (TT Post) said it is aware of attempts to smuggle drugs through legal channels and continues to collaborate with security agencies against these activities.

This follows recent discoveries of drugs hidden in packages that were bound for the US and channeled through the postal system.

In a release, the corporation said “We are pleased to report that with increased vigilance and collaboration among private and public sector agencies, these increased attempts have been generally unsuccessful to date.”

The corporation announced it would continue to tackle the illegal drug trade through a combined approach of policy and staff training.

*Continually updating its policies on receiving and handling export packages

*Collaborating with its international courier, whose responsibility it is to take the packages to overseas territories.

*Retraining staff who come into contact with these packages.

The release also said over the past eight months, TTPost has found eight suspicious packages being shipped overseas which were confiscated and sent to the Customs and Excise Division.

Despite the challenges, the company said it was committed to doing its part to ensure the safety and security of customers.
They maintained that the added measures would not hinder legitimate business.

TT Post implemented a new verification process last week, in which customers must provide a photocopy of their national ID.