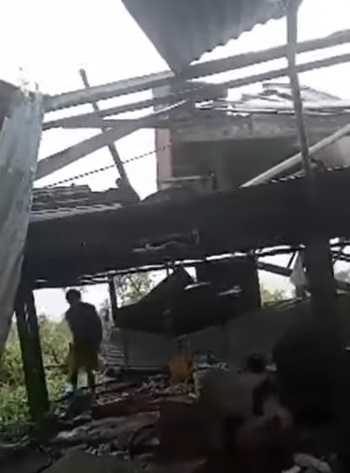 Media reports say several homes were affected in Los Iros by a tornado around 3pm on Monday.

Senior Disaster Management Coordinator of the Office of Disaster Preparedness and Management, Jerry David, is quoted as saying “some of the walls of the houses were also impacted, and the rain caused some water logging of mattresses and furniture.”

The senior ODPM official reportedly said “some of the residents have already begun to repair their roofs.

Those who could not replace their roof for the night, with the tarpaulin we provided, are staying with friends and relatives.”

The senior ODPM official reportedly said “we will also write letters for them to go to Social Development and Family Services, for those who lost furniture and other household stuff, for a financial grant.”