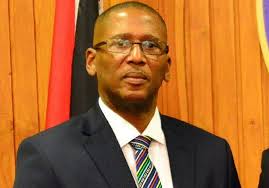 Shutdown! No Court until June 30th

Chief Justice Ivor Archie has ordered the closure of ALL court from today, Wednesday 26th May until June 30.

The Chief Justice issued the practice direction yesterday and stated that this will include all Virtual Access Customer Centres (VACC’s) will remain closed unless in cases where a witness is required to give evidence in matters deemed fit for hearing.

Hearings and/or sittings of the Supreme Court whether in person or virtual, are suspended except hearings of urgent matters deemed to be fit for hearing during the outlined period by the judge or judicial officer to whom a matter is docketed.

Hearings and/or sittings of the Magistrates’ Court including the Petty Civil Courts, and whether in person or virtual, are also suspended save and except hearings of urgent matters deemed by a District Court Judge, to be fit for hearing during this period.

Hearing of these exceptions will be held virtually.

The new rules also said where a virtual hearing is required in an emergency between 8 am to 4 pm, a witness or party to the proceedings may be required to appear at one of the VACCs or a designated place, as directed.

“Where a hearing is required in an emergency between the hours of 4:00 p.m. to 8:00 a.m., which include the prohibited hours of movement under the emergency powers regulations 2001, a party or witness may be required to give evidence from the specified Judiciary virtual access customer centres.

“Where a person is required in an emergency to give evidence under paragraph 8, in circumstances which require movement of anyone during the prohibited hours of movement under the emergency powers regulations 2021, the Judiciary shall seek to have arrangements made with the Commissioner of Police for such movement.”

To have a matter deemed urgent, an application has to be made setting out the facts and reasons for asking that it be heard during this period, the rules say.

Summary court matters which were listed to be heard during this period have been adjourned to various dates starting August 27-October 20.

Bail for those whose cases are not deemed urgent by a magistrate will continue to the new adjourned dates on the same conditions imposed.

Those on remand still continue to be remanded until the new adjourned date of their matter unless otherwise ordered by the court.

The practice directions, gazetted on Tuesday, said the rules for the operations of the Supreme Court and all summary courts because of the Covid19 pandemic were intended to reduce the number of people coming to court buildings, to facilitate the use of electronic alternatives to in-person activities at the court and making court houses and administrative offices as safe as possible for those who must be there.

Archie said the new rules were issued not only against the backdrop of the current worsening pandemic but also at a time when the Judiciary’s human resource has been completely depleted as “Scores of employees are either ill or quarantined and are unable to function as before.”

In addition, he said “many employees of our cleaning and security service providers who, like ours, are required to take public transportation to get to work are currently incapacitated. This compromises our ability to keep our court buildings and VACCs safe and provide continuous service.”

He said while judges continue to have the discretion to determine if matters are fit for hearing under the new practice directions, he asked them to be considerate and to bear in mind its intention was to preserve business continuity for matters that were genuinely “urgent” or “emergency in nature.