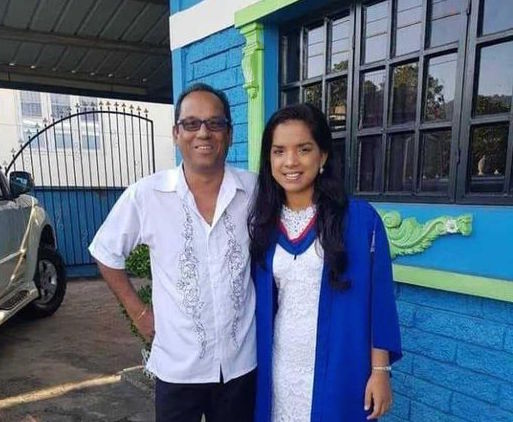 Randolph Bharatt, father of the late Andrea Bharatt, is calling on the Prime Minister to desist from using his daughter’s name.

This comes after the PM mentioned her name and the vigils held in her honour while speaking in the House of Representatives on Monday.

During the session, Dr Keith Rowley claimed that the current spike in Covid-19 cases was as a result of the candlelight vigils held for Andrea, who was kidnapped and murdered in February.

However, her father said “Do not ever use her name in your mouth. Do not ever do it. My daughter’s name is not worthy for his mouth.”

In an interview with CNC3 on Tuesday, Bharatt said the PM is “fooling people,” as he refuted the claims by Rowley that the vigils were organized by the UNC.

He said “Take it from me, that have nothing to do with UNC and this man fooling people, it is just a blame game, they are doing their own thing and blaming other people for it.”

Bharatt said the data did not support the timeline since the vigils took place in February.
He said the spike only happened after Easter.

The Candlelight Movement also condemned the Prime Minister’s comments, saying it appalling, that he has used Andrea and the vigils as a scapegoat for his government’s mishandling of the pandemic.

Man, 59, charged for housebreaking and larceny 0