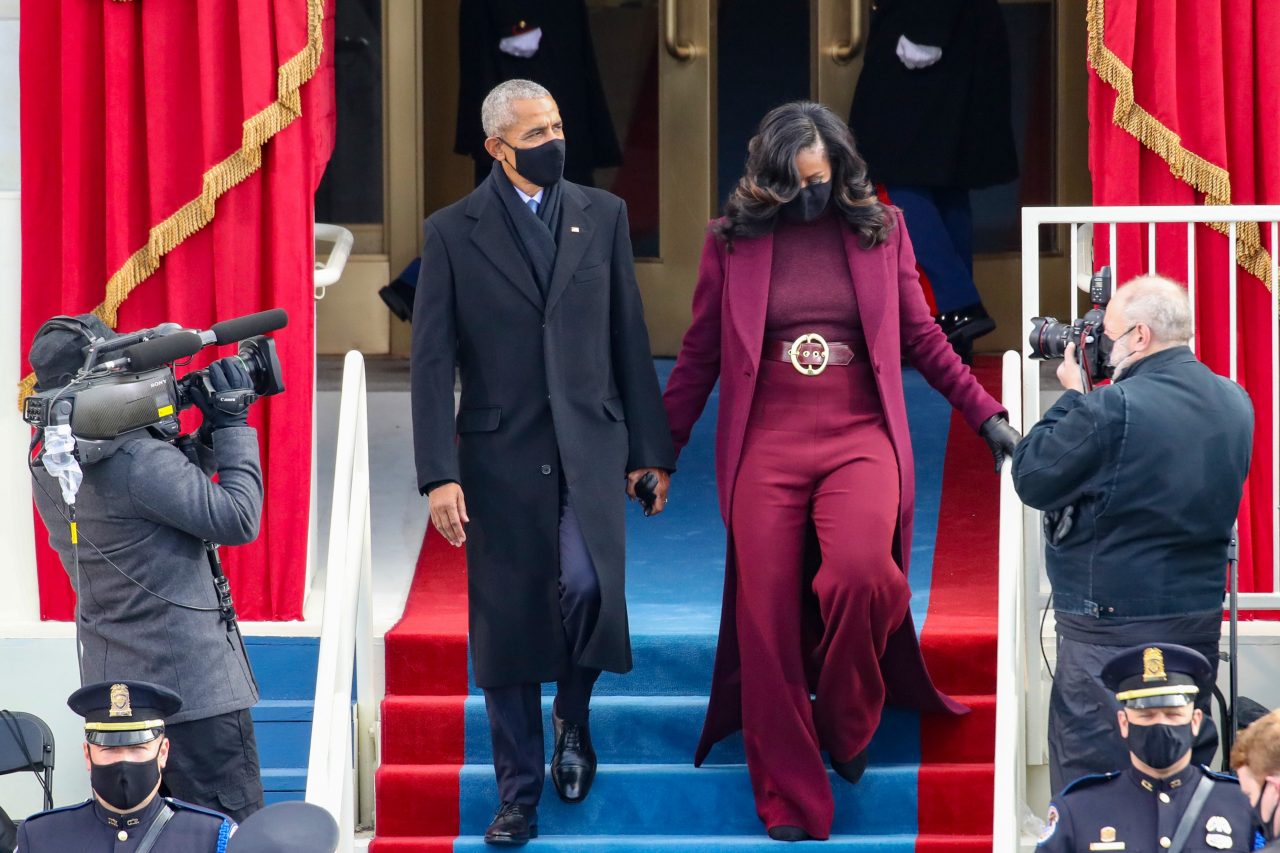 If anyone could handle the pressure of dressing for this historic Inauguration Day, it’s former First Lady Michelle Obama. As the first Black First Lady, she has a better understanding than most of the pressures Vice President Kamala Harris will face as the trifecta of first woman, first Black, and first Asian American Vice President of the United States.

And with that comes the responsibility of what to wear. It isn’t mere superficial vanity, Obama expertly deployed her fashion early on to share her values and promote emerging designers. “It seemed that my clothes mattered more to people than anything I had to say,” she told the New York Times in 2018. “Optics governed more or less everything in the political world, and I factored this into every outfit.”

Michelle’s stylist, Meredith Koop, breaks down just how they decided on that show-stopping look.

“This is not a jumpsuit. It is gorgeous separates from the exceptional @sergiohudson. I’ve worked with hundreds of designers on custom looks both in the US and internationally, and I can say confidently that Sergio is in the top in his designs, construction and understanding of how to dress the curves of a woman’s body.”

“This was my 3rd look with him and he absolutely blim blam killed it,” she said of Hudson. “I pulled references from his collections to start. With him, I don’t have to explain too much. He gets it. All of the sketches he sent were gorgeous and it was hard to choose.”

Koop also went on to clarify that the color of the outfit was not meant to be a political statement.

“You can call it berry, wine, plum or burgundy. I’m calling it wineberry plum for the moment. What it wasn’t was bi-partisan purple,” she wrote. “That’s a cute story, but it wasn’t the intention. I love the different textures in the coat, pants, sweater and belt of this monochromatic look. It was the perfect balance.”

The black gloves, boots and face mask, Koop added, were switched out from matching purple ones to feel “modern and more how women tend to dress.”

Ultimately, however, the stylist wrote that the most important aspect of the look is Mrs. Obama herself.

“What I want to convey most, though, is that this particular outfit is about the woman wearing it more than anything,” Koop wrote. “It is about her and what she means to you and to America. She is powerful and she needs to move. She is stunning and she represents what is possible. She is relatable and she is aspirational. She has consistently articulated over the years what has been in the hearts and minds of so many. She has taken a look at the rule book and turned the page. She leads, she inspires and she slays.”

Obama fans on twitter went wild, as they post their appreciation for her look. Here are a few reactions below:

New digital portrait of @MichelleObama wearing that incredible Sergio Hudson outfit at this week’s inauguration. Couldn’t take my eyes off of her! pic.twitter.com/DPorfHI5Ps