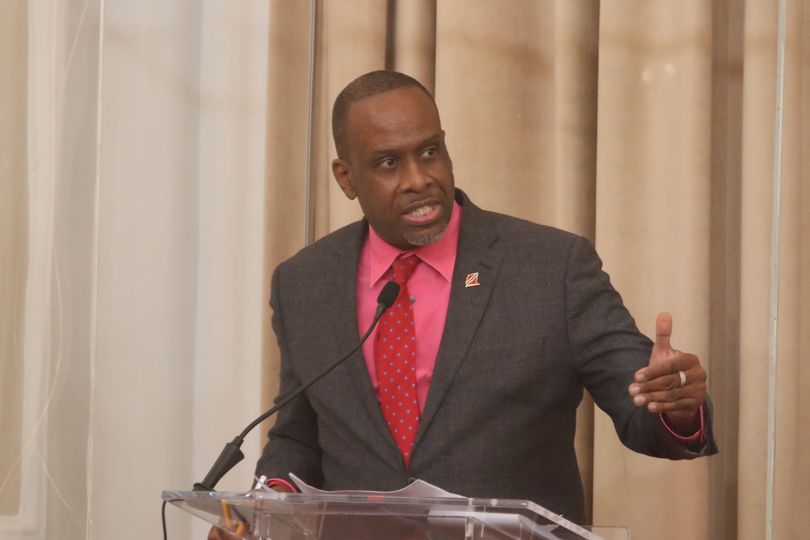 Independent Senator Paul Richards has questioned whether the Anti-Gang Bill, 2021, can address this country’s ineffective justice system and a prison system which seems like a revolving door and breeding ground for gangsters.

Speaking in the Senate on Tuesday, during debate on the Bill, Senator Richards said “We’re seeking to pass law to deal with gangs outside and we have a prison system that seems to be a more effective contributor to gang activity than outside.”

He added “Of the people currently in prison custody waiting to stand trial, there are 606 who have been there for less than five years, 289 who have been there for six to ten years, 161 for 11 to 15 years, 18 for 16 to 20 years, and six for more than 20 years. If not already a gang member on entry, people are easily influenced into joining a gang within the prison.”

“If the legislators, the DPP and the police, and the criminal justice system are not working in concert and effectively, no matter how well we write law here and in the other place, if the other parts aren’t working effectively and applying the law, and don’t have the proper resources, it won’t be effective,” he added.

Richards noted that “As we are debating here, gangs and gang leaders are listening, they know the provisions we’re trying to put in place, what the law is in many instances and how to thwart the law, so they change and evolve very quickly.”

The Senator also called on the Attorney General to tweak several clauses in the bill, among them Clause 3, the definition of gangs; Clause 5, the addition of Prison Service officers to law enforcement; Clause 11, asking someone to prove they didn’t know someone is a gang leader or member; Clause 10, police power of entry into a business place which is also a home; Clause 14, extension of detention period; and informing a detained person of the reason for their detention (Clause 16).

Jeannie Mai and Jeezy welcome their first child together 0