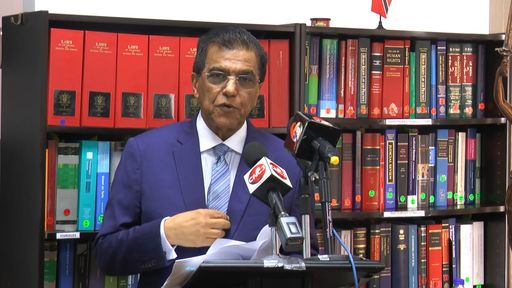 Former attorney general Ramesh Lawrence Maharaj said that the only solution to the current 6-6 deadlock in Tobago is a return to the polls.

Maharaj, who had a hand in the creation of the THA Act, said if the People’s National Movement (PNM) and the Progressive Democratic Patriots (PDP) cannot come to an agreement about the appointment of a new Presiding Officer and Chief Secretary of the Tobago House of Assembly (THA) then a rerun of the election would be required.

He said “My recollection of the legislation seems to me that it would require a rerun of the elections because it did not anticipate that there would be a tie. It would not be able to function unless there’s an agreement. They would not even be able to select a presiding officer.

Maharaj, in an interview with GML, said when he drafted the legislation back in 1996 as Attorney General the aim was to give Tobago full autonomy but the legislation had to be amended when the PNM did not agree to that Tobago autonomy.

Maharaj said with the Act as it is, the only resolution to the deadlock would be an election rerun.

Malick man arrested for possession of firearm and marijuana 0

Until a PSC is established, Ag CoP McDonald Jacob will lead the service, says PM 0