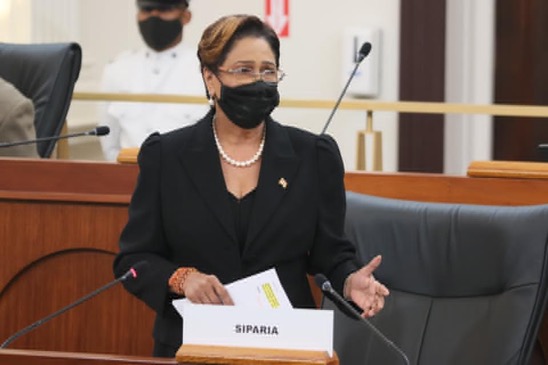 Another act of deceit by National Security Minister Stuart Young.

That’s according to the United National Congress, following statements made in the House of Representatives on Wednesday.

Opposition leader Kamla Persad-Bissessar revealed that “In moving a Motion of No Confidence in the Minister of National Security, we revealed that Minister Young allowed selected persons to enter the country without having to undergo the required quarantine under the public health regulations.”

According to a letter from the Ministry of National Security given to the Opposition by concerned individuals, Minister Young personally allowed 17 persons to bypass official quarantine measures by going from the airport directly to their residences.

She said “This is a slap in the face to the thousands of nationals of Trinidad and Tobago who remain stranded abroad. This act of deceit not only contravenes the principle of equal treatment under our national laws but erodes public trust.”

The Opposition said it is now 311 days since our nationals have been barred from entering their homeland by Stuart Young and having learnt of this, it begs the question of who is this Government really representing?

“Minister Young used the defence of the Vienna Convention, however, this is grasping at straws, as several countries have imposed state quarantine measures across the board.

The Minister’s defence is weak, particularly given that the country was told that International Election Observers were unable to monitor the August 10th General Election due to Trinidad and Tobago’s quarantine requirements.

Why did this privilege not apply then?
Again we ask, why is Stuart Young discriminating against our citizens? Why does this PNM Government keep treating our nationals as second class citizens?
This act by Minister Young further highlights why he is totally unfit and ill-suited to the responsibility as Minister of National Security.