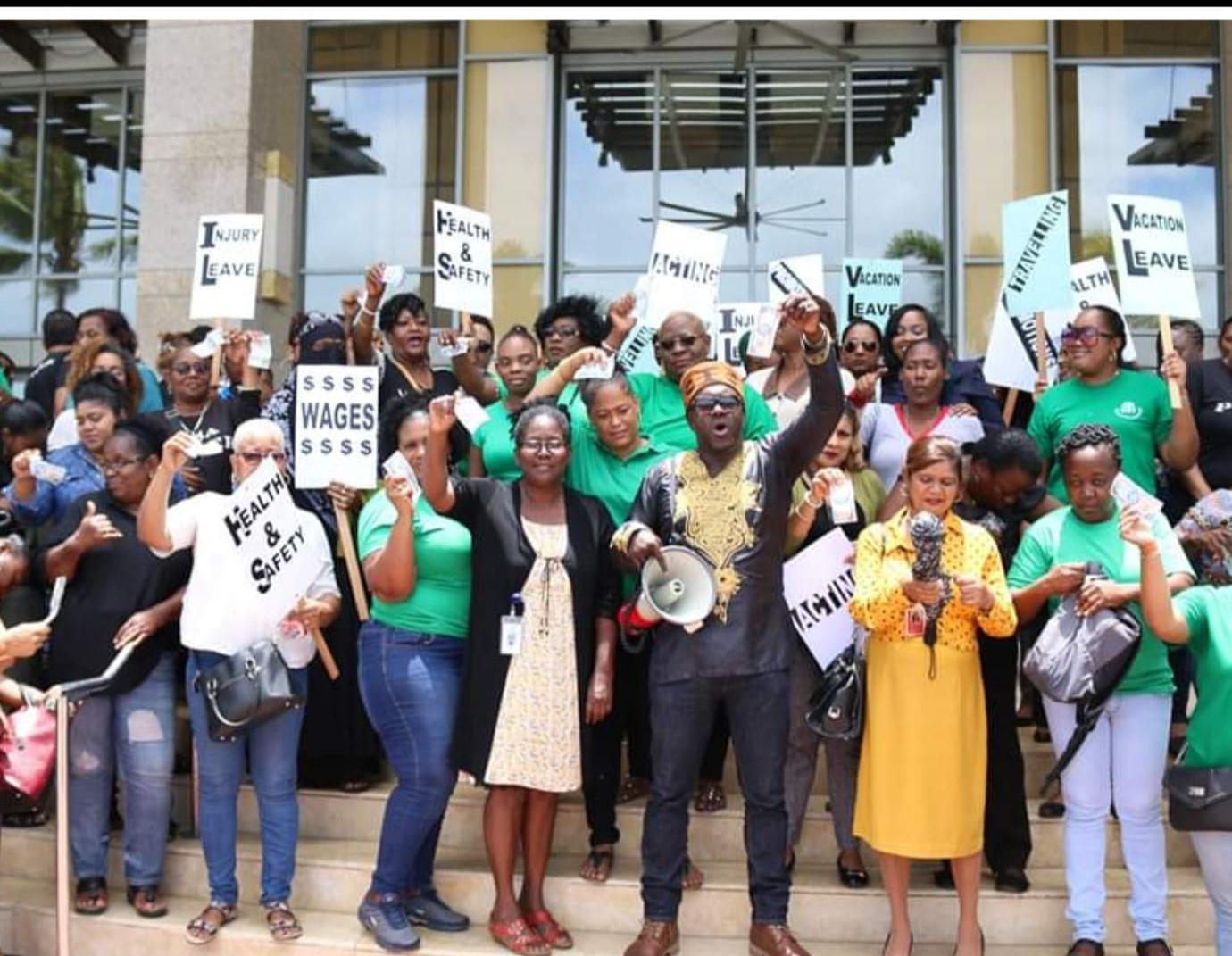 PSA elections have been postponed

The Public Services Association elections have now been postponed until December 14, 2020.

The committee agreed to deter the elections and PSA President, Watson Duke, during a live Facebook virtual meeting, said he is saddened by the change, but says it will serve in the best interest of the Association.

He said the court matter ordered by Justice Nadia Kangaloo ruled that the committee must disclose a final sanitized voters’ list by next Tuesday.

Meanwhile it was also reported that Curtis Cuffie allegedly got into a scuffle with Watson Duke.

Duke during his live broadcast this evening, Duke showed video of members of the Concerned Public Officers (CPO) outside of the PSA head office being asked to enter the building.