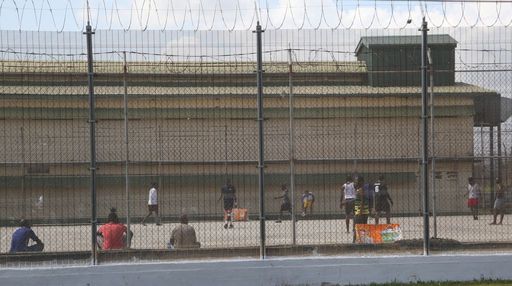 A Prisons Officer with over seven years’ service was caught attempting to enter the Maximum Security Prison, with what appeared to be a compressed plant-like substance hidden in his food on Sunday night.

The incident took place around 7:30pm

The officer, who was under surveillance for some time, when questioned, named a prisoner whom he said is his relative and that they came from the same area.

The operation which was spearheaded by Deputy Commissioner of Prisons(Ag), Mr. Sherwin Bruce, prompted a further search of the officer’s locker, where $15,000.00 in cash and a water bottle filled with alcohol were found. The officer was cautioned of his actions and then taken away by officers attached to the Arouca Police Station who were called in, where he is assisting them with inquiries into the matter.

Commissioner of Prisons (Ag.), Mr. Dennis Pulchan who, only days ago, vehemently expressed his disdain for trafficking at a Passing-Out ceremony, has stated that “efforts to weed out all the traffickers who continue to tarnish the image of the Prison Service, and at the same time, put the lives of their colleagues at more risk, are in full operation and they will feel the full brunt of the law”.

He has commended the effectiveness of the collaboration between the Prisons Interdiction Team and the intel and operational staff that have been implemented to weed out and apprehend traffickers.

Commissioner Pulchan also thanked all the hard- working officers of the Prison Service for their continuous and selfless efforts in the maintenance of public safety and security.

What is your definition of cheating? Watch ‘Monk Monte’ break down his situationship! 0