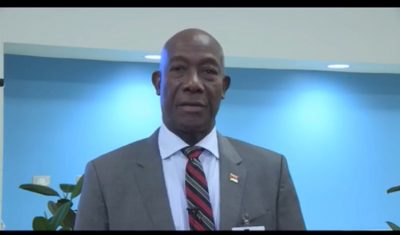 He also referenced a caller whom he said had called into a radio station following his presentation at the United Nations General Assembly in New York last week.

Dr. Rowley said citizens take too much for granted in Trinidad and Tobago. The caller, he said, had taken issue with some of his comments at the General Assembly, where he spoke of T&T’s poverty eradication programme.

The Prime Minister spoke at the sod turning ceremony for the new Sangre Grande Hospital. He said this new facility will function as a “partner” with the adjacent Sangre Grande Hospital and the Enhanced Health Centre in providing a comprehensive set of healthcare services to the communities in East Trinidad.

The Sangre Grande Hospital will have a capacity of 106 inpatient beds: