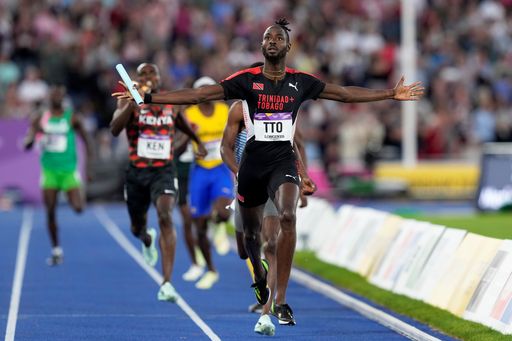 Trinidad and Tobago won another gold medal at the Commonwealth Games in Birmingham, England, this time in the 4×400 metres relay.

Jereem Richards, had earlier won gold in the 200 metres sprint and requested that the pan version of the T&T National Anthem be played while he took the podium.

Prime Minister Dr Keith Rowley was among those sending congratulations to this country’s 4×400 men’s relay team that competed at the Commonwealth Games in Birmingham, England, yesterday.

Here’s the action coming down to the final stretch.

So, too, did Minister of Sport Shamfa Cudjoe who congratulated the relay teams on their “outstanding performances.”

On Saturday, Minister Cudjoe on her social media page said “winning is wonderful” as she reminded the nation that the Ministry of Sport and Community Development’s 2017-2027 Reward and Incentives Framework rewards $250,000 to each individual athlete who wins a gold medal at the Commonwealth games, $125,000 for silver and $62,500 for bronze.

The Commonwealth Games ends today with the closing ceremony.