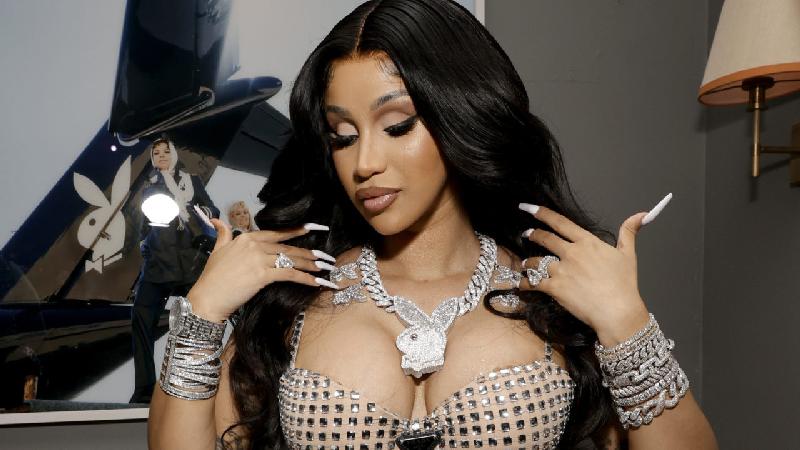 Playboy thanks Cardi B for helping raise profits

Cardi B seems to be on a winning path. Last year, she was named Playboy Magazine’s first-ever Creative Director in Residence. From the time she took on the position, the Grammy-award-winning rapper has helped the sex entertainment giant garner huge returns.

PLBY, Playboy’s parent company, recently came out to announce that they finished out the first business quarter “strong” after witnessing a 63% growth compared to last year. They thanked Cardi B, Love & Hip Hop alum, for making it happen.

“Robust demand for our iconic brand and consumer products, and continued progress on our digital roadmap for Centerfold, are coming together into one cohesive Playboy ecosystem creating a flywheel driving long-term growth,” Ben Kohn, PLBY’s CEO, said in a statement, according to Hot New Hip Hop. “With Playboy’s massive global reach and Centerfold as a valuable engine for organic customer acquisition, we believe we can drive significant growth across PLBY Group’s product offerings.”

In December 2021, Cardi B became the company’s Founding Creative Director of CENTERFOLD, their new sex-positive social media platform, which helps the world’s top adult content creators connect directly with their fans by allowing them to create personalized content and e-commerce items for their communities, according to Madamenoire.

“Creators today deserve to express themselves freely and unfiltered. They deserve to feel safe in their creativity and sexuality. And they deserve to own their future,” Cardi B previously said in a statement. “This is what CENTERFOLD is all about. For all those creators out there doing bold, revolutionary, truly culture-shifting things.”

Apart from her duties at CENTERFOLD, she also provides artistic direction across all “co-branded fashion and sexual wellness merchandise collections” for the magazine. The “Up” hitmaker seems to be delivering impressive results even here.

PLBY’s direct-to-consumer revenue has skyrocketed by 125 percent year over year, translating to 49.6 million.