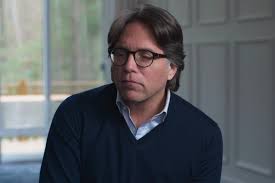 Keith Allen Raniere is an American felon, cult leader, and convicted sex trafficker. He is the founder of NXIVM, a multi-level marketing company and cult based near Albany, New York.

In 2019, NXIVM cult leader Keith Raniere was hit with a 120-year prison sentence after being found guilty for various charges, including sex trafficking, wire fraud conspiracy, forced labor conspiracy, and more. Since then, Raniere has been serving out his sentence but was hit another issue, as it was noted he would have to pay out $3.46 million in restitution to victims of the NXIVM cult.

In a CNN report, a US District Judge Nicholas Garaufis ordered that Raniere return the “collateral” he has access to or still controls during a hearing that took place last Tuesday. Raniere went on to say he “never handled the collateral.” Along with that, the judge noted that over 100 victims of Raniere filed claims asking for $133 million but was taken down to 17 victims. As a result, the judge ordered Raniere to pay $3.46 million immediately. Raniere went on to say, “I don’t know who the victims are. I don’t know what they are asking.”

One victim was ordered to receive over $500,000 due to the fact that she was at the center of a child pornography case Raniere was convicted for. Stay tuned for more updates.