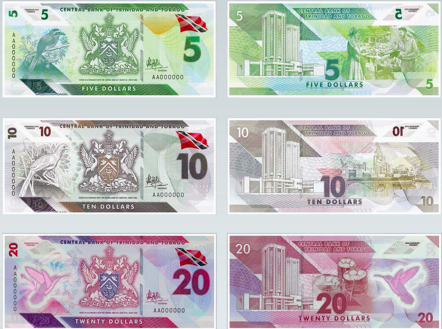 The Central Bank of Trinidad and Tobago (CBTT) launched the remaining notes in its suite of polymer bills on Tuesday.

According to Sharon Villafan, Manager, Banking Operations Department at Central Bank, the $5, $10 and $20 polymer notes will be distributed to commercial banks from next week.

Villafan said that polymer notes offer improved durability and usefulness which can protect against forgery, similar to the $100 bills that were introduced in December last year.

She said, “Something that is close to our hearts, we are definitely able to offer some more defined textile features for improved access for the visually-impaired in our community.”

Villafan said that a lot of the images on the cotton notes were used in the new polymer notes, but she said a feel, look, tilt and check action that can be used to show hidden features on the bills which can prove its authenticity. 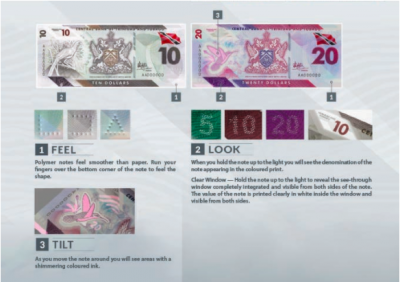 Key features to note on the new polymer bills

See the ‘Know you Money’ information video from Central Bank below: