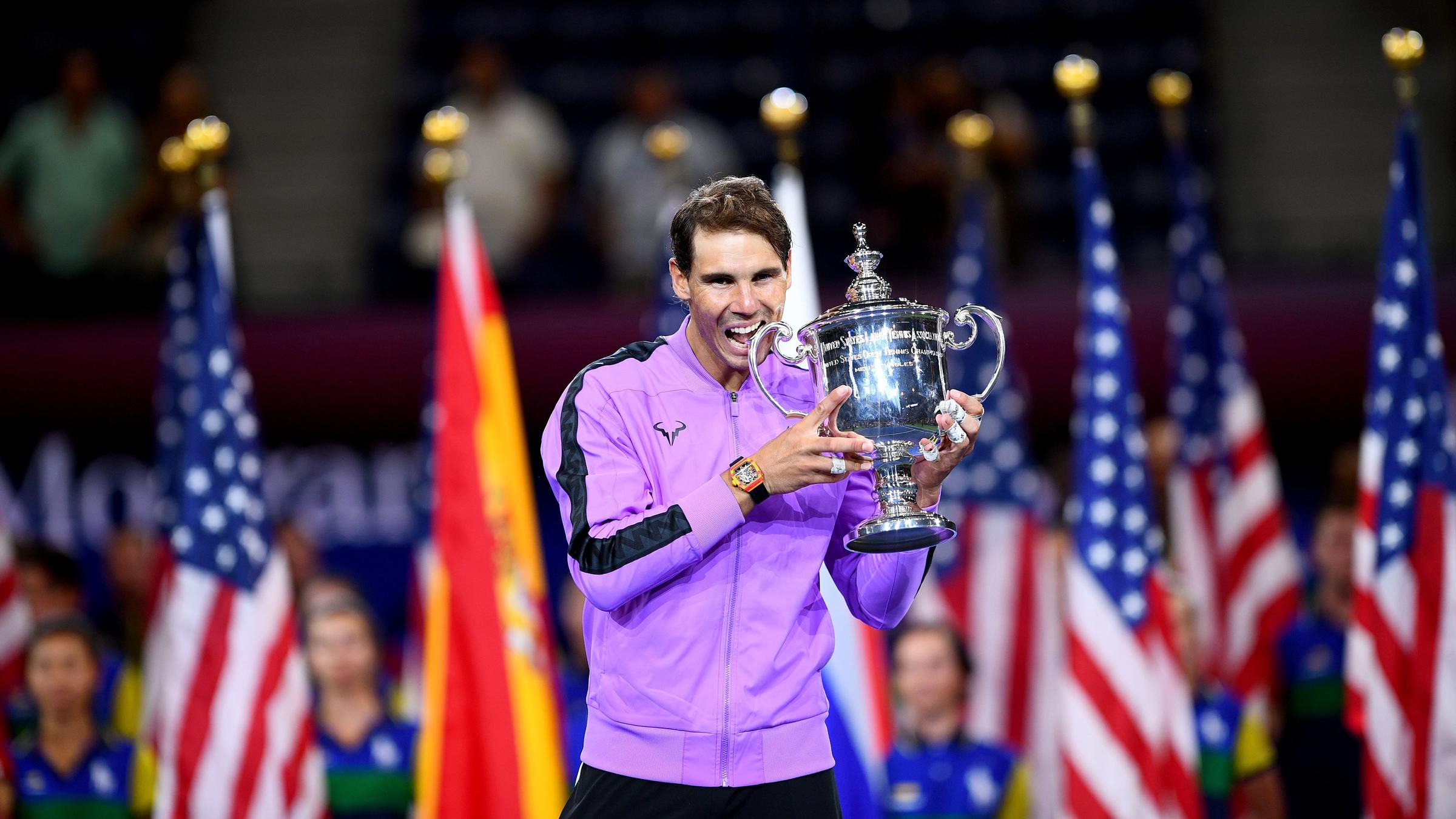 Nadal, who was in his fifth US Open championship match and 27th Grand Slam final, is the first man to claim five major titles after turning 30.

But it took a supreme effort from the Spanish maestro, who nearly became the first player to drop the final after leading by two sets since Frederick Schroeder in 1949.

Nadal, who rose to 22-12 in five-set matches, has dropped only one Grand Slam match out of more than 200 when he has won the first two sets, the loss coming at the hands of Italy’s Fabio Fognini in the 2015 US Open third round.

At four hours and 50 minutes, the match finished four minutes shy of equaling the longest final in US Open history from Mats Wilander’s 1988 win and Andy Murray’s 2012 title.

It was the second Slam title of the year for Nadal after taking his 12th French Open crown in June.

In addition to reaching the brink of Federer’s mark, Nadal moved one shy of the Open era record five US Open titles won by Federer, Jimmy Connors and Pete Sampras.

Nadal, who won his only prior meeting with Medvedev in last month’s Montreal final, seldom looked threatened after being broken early in the match.

The Spaniard stretched his win streak over Russians to 20 matches since losing to Nikolay Davydenko in the 2011 Doha semi-finals.

Fifth seed Medvedev, 23, battled throughout his first Grand Slam final but could not become the youngest men’s Grand Slam champion since Juan Martin del Potro at the 2009 US Open, falling to 0-5 in five-set matches.

At 6-foot-6 (1.98m), Medvedev also would have matched Marin Cilic and del Potro as the tallest champion in US Open history.

Woman uses snails on her face to help with scarring 0