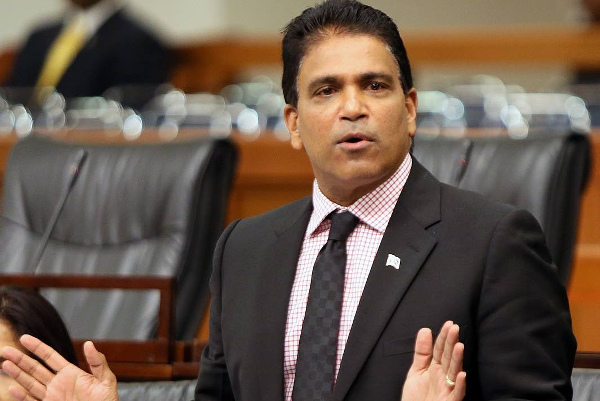 Moonilal blames Young for non-functioning CCTV cameras across the island

Forty percent of the CCTV cameras across the country are not working.

And UNC MP Roodal Moonilal said “This means that in event of a kidnapping the police cannot even depend on CCTV cameras in real-time to get instant pictures and do investigative work to recover a victim. ”

At Monday night’s UNC virtual meeting, Moonilal said he raised the issue, after he was informed the CCTV cameras where Andrea Bharatt was taken from were not working.

He said National Security Minister Stuart Young has presided over this and “he carries full blame!”

Moonilal said “Our children are kidnapped and brutally murdered while Young has 24/7 security paid for by taxpayers. When we were in office we increased the CCTV coverage. Young say that was too expensive. He’s placed a monetary value on your children’s lives.”

The Oropouche East MP said when they (UNC) were in power, they had added 500 CCTV cameras in five years, but the PNM government has allowed  800 to deteriorate.

He said “They don’t care about catching criminals. They want to have personal control over CCTV for spying. Why they need a spy agency called the Strategic Services Agency (SSA) to operate CCTV cameras? TSTT did this for over 10 years but the minister has no direct control over TSTT, he has direct control over SSA.”

Touting at Buccoo Reef Marine Park will not be tolerated 0