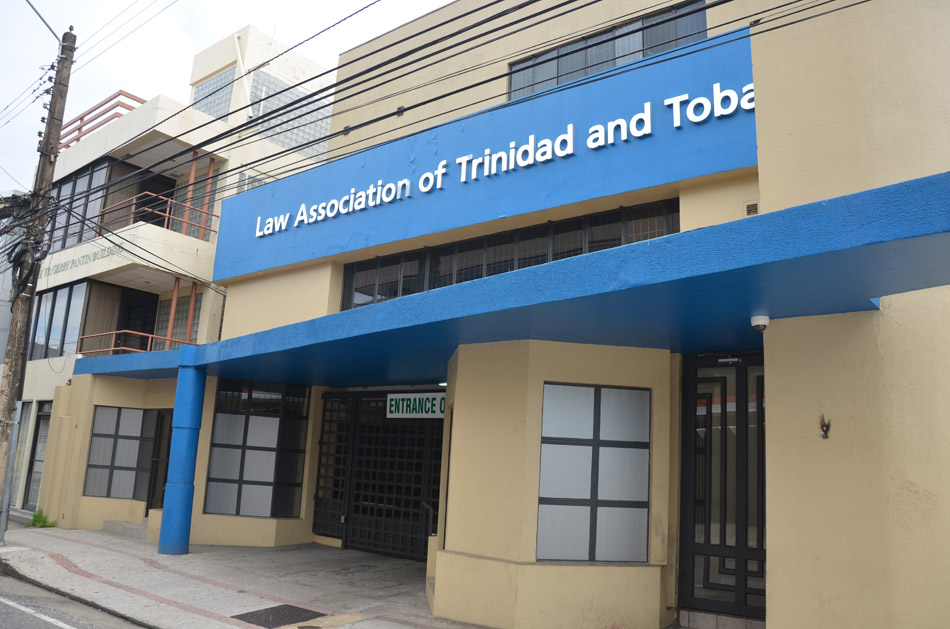 “Monstrous murders will not be easily quelled” – Law Association

The Association issued the following statement on the latest examples of crime which have resulted in the untimely deaths of Ashanti Riley and now Andrea Bharatt which have sparked nation-wide protests on violence against women and the deplorable state of the Criminal Justice System.

“Over the past years the LATT has been advocating for the allocation of adequate resources and the implementation of proper legislation to improve the Criminal Justice System. One such example is the present manifestation of the Evidence (Amendment) Bill, 2020 which, in its present form, the Association cannot support.

The LATT has already submitted to Parliament that any amendment to the Bill must not only be workable but must be legally sound and ought not to chip away incrementally at our constitutional rights and freedoms that characterize a democratic society.

LATT also notes several calls for the revocation of the right to bail for certain offences especially in these times and agree that bail should be denied to anyone charged with any criminal offence who it is determined to be a danger to society and who are likely to re-offend while out on bail.

The existing Bail Act already provides for the denial of bail in such circumstances.

The call for the automatic denial of bail to someone charged with a specified
offence, whether it be rape or kidnaping, comes at the expense of denying long cherished constitutional rights, such as the right to be presumed innocent until proven guilty, and effectively puts the decision whether someone should be deprived of his liberty for long periods of time solely in the hands of the police.

This would be a disproportionate response and would constitute a jail sentence without a trial in an already broken criminal justice system.

LATT is fully aware that the call for the resumption of hanging might assuage our collective need for revenge but apart from the now undisputed fact that hanging does not deter crime, it serves no useful purpose to advocate for same if the police are unable to find the perpetrators of the many unsolved murders in the first place and, if when charged, the accused become lost the criminal justice system for years.

The Association is also concerned of the fact that it is now commonplace for high ranking officials, the media and members of the public to stigmatise and sometimes even threaten the lives of lawyers who represent persons suspected of committing horrific crimes.

As the Law Association has been at pains to point out on previous occasions when lawyers have come under attack from members of government and the police force, the constitutional right to a fair trial which is the bedrock of any system of justice in a democratic society cannot be guaranteed without lawyers who are willing to represent persons charged with criminal offences.

To advocate a system of justice with undefended criminal defendants is to
encourage a totalitarian state.

It is also an assault on another core principle of our Republican Constitution to attack magistrates who apply the law and grant bail where it is not established by the police that the person charged is a danger to society.

Putting magistrates under the glare of public ridicule threatens the independence of the judiciary and undermines public confidence in the administration of justice.

It is plain that lasting solutions can only come from sustained, open and good faith dialogue
among all stakeholders. It is to that end that the Law Association recently called upon the Honourable Chief Justice, the Honourable Attorney General and the Honourable Director of Public Prosecutions to reconvene a summit of stakeholders under the chairmanship of the Chief Justice to engage with each other on a regular basis to discuss and propose workable solutions to the problems plaguing the criminal justice system from on their end.

That summit is intended to be widened to include representatives of the Opposition, the Protective Services the Public Defenders’ Office, the Legal Aid and Advisory Authority and the Legal Profession.

We recognize that there is no one solution to the endemic problem of gender based violence, rooted as it is in deeply entrenched societal values and power structures which see men exercising violence as a tool of power and control over women and their bodies. Gender inequality and sexist attitudes are at the heart of this pervasive victimization of women and girls.

As such, some of the solutions lie in changes in how men and women are socialized and that parenting and the educational system have integral roles to play, as do reform in policing and the justice system, in safer public transportation, and in moving away from corporal punishment.

We recognise as well that until the root causes of criminality among the dispossessed and disempowered communities amongst us are addressed, the recurring cycle of ever-increasing
horrendous and monstrous murders will not be easily quelled.

Only when all key stakeholders meaningfully work together can Trinidad and Tobago see a marked reduction in the occurrence of violent crimes and a criminal justice system that functions efficiently.

LATT therefore repeats its call for the proper allocation of funding to the Trinidad and Tobago Police Service and appropriate use of resources that are already available to the Ministry of National Security to aid in the nationwide prompt detection of criminal activities, the upgrade of the Forensic Sciences Centre to allow for the timely processing of DNA and ballistic data, and an increased efficiency of the judicial system and compliment of adequately trained judicial officers and support staff to ensure a smooth and seamless dispensation of justice.”