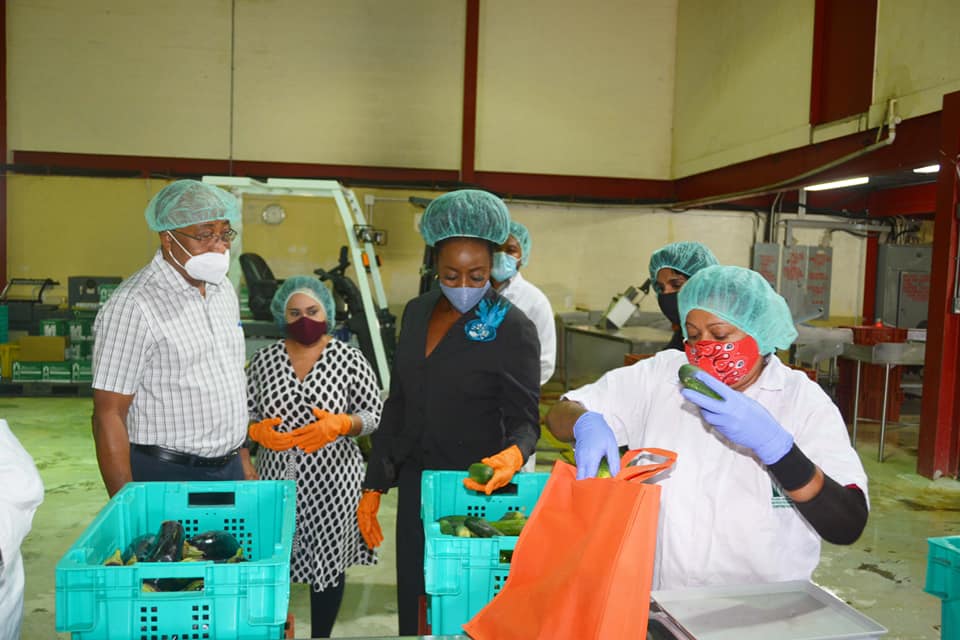 Minister disputes claims that items in Hampers are insufficient

Minister of Social Development and Family Services, Donna Cox on Tuesday conducted a tour of the Packing House of NAMDEVCO in Piarco.

The visit to the Packing House came following several complaints on social media and otherwise of alleged depletion of the Hamper boxes/bags which are at present being distributed to children registered under the National School Feeding Programme.

According to Minister Cox “I have seen and received several complaints from persons who indicated that the items are insufficient, so today, I have the opportunity to witness and explore the produce myself. It would seem that some persons are being mischievous and removing items from the bags before they take photos and post for circulation on Social Media.” 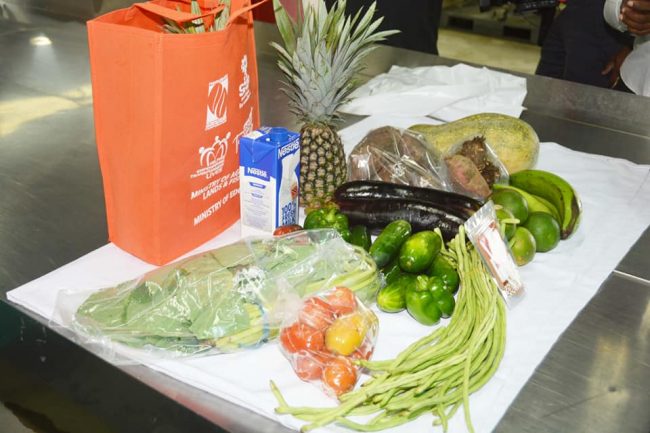 Despite this, she said she is quite pleased by the quality and quantity of items which make up the boxes. “I am confident that this initiative is a very good one. In fact, since the distributions began on November 30th, several beneficiaries have expressed gratitude for the Hamper Boxes,” said Miss Cox.

The Minister also indicated that she was happy that the initiative created a local market for our nation’s farmers and that it was her hope that our nation’s youth will take example and be encouraged to make agriculture their preferred career choice.
The Minister was accompanied by Permanent Secretary at the Ministry Ms Sheila Seecharan and joined by NAMDEVCO. Chief Executive Officer Ms Nirmala Debysingh-Persad and Deputy Chairman of the Board, Mr Wayne Inniss. 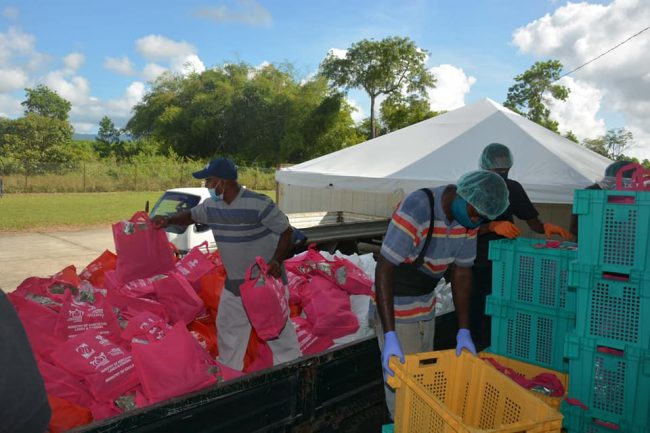 According to Ms Debysingh-Persad, the packages comprising a mixture of fresh produce of vegetable, fruits, provisions and milk, will provide balanced and nutritional meals for our nation’s children. Additionally, fruits and vegetables were selected from farms registered with NAMDEVCO, which are certified and monitored for good agricultural practices and these farms that can consistently provide high quality and nutritional food to recipients.

According to Permanent Secretary Sheila Seecharan, 79,000 children registered under the school nutrition programme will benefit from this initiative, which will cost taxpayers $19,750,000.

Each recipient will receive a hamper valued at $250.00, which comprises two bags of produce containing, a bag of ground provisions, callaloo bush, pumpkin, a bag of local fruits and vegetables including pineapples, melons, melongene, tomatoes, sweet peppers, cucumbers, a carton of milk and cocoa.

Bagatelle man gunned down while asleep 0