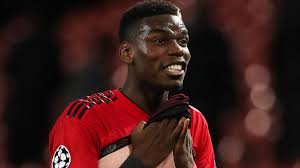 Manchester United duo Marcus Rashford and Paul Pogba have given the club a huge boost by declaring their fitness for tonight’s clash against Arsenal. Pogba faced a race to be fit for the game after sustaining an ankle injury in United’s Carabao Cup win against Rochdale on Wednesday.

The Frenchman was unable to take a penalty in the shootout after taking a heavy knock in the closing stages and was unable to train with the squad on Thursday and Friday. However, he was spotted as the United squad made their way to the Lowry Hotel ahead of tonight’s game at Old Trafford.

Rashford was an even bigger doubt after missing the game against Rochdale following his early withdrawal in the defeat to West Ham last Sunday. The forward sustained a groin injury against the Hammers and was not expected to return to action until after the international break. However, Rashford is clearly willing to put his body on the line and is set to feature in tonight’s match at the Theatre of Dreams.

Loading...
Newer Post
Ireland to Tour Caribbean for Limited-Overs Series
Older Post
NATUC commends the government for the bold decision to sell the oil refinery to the Patriotic Energies And Technologies Co. Ltd.