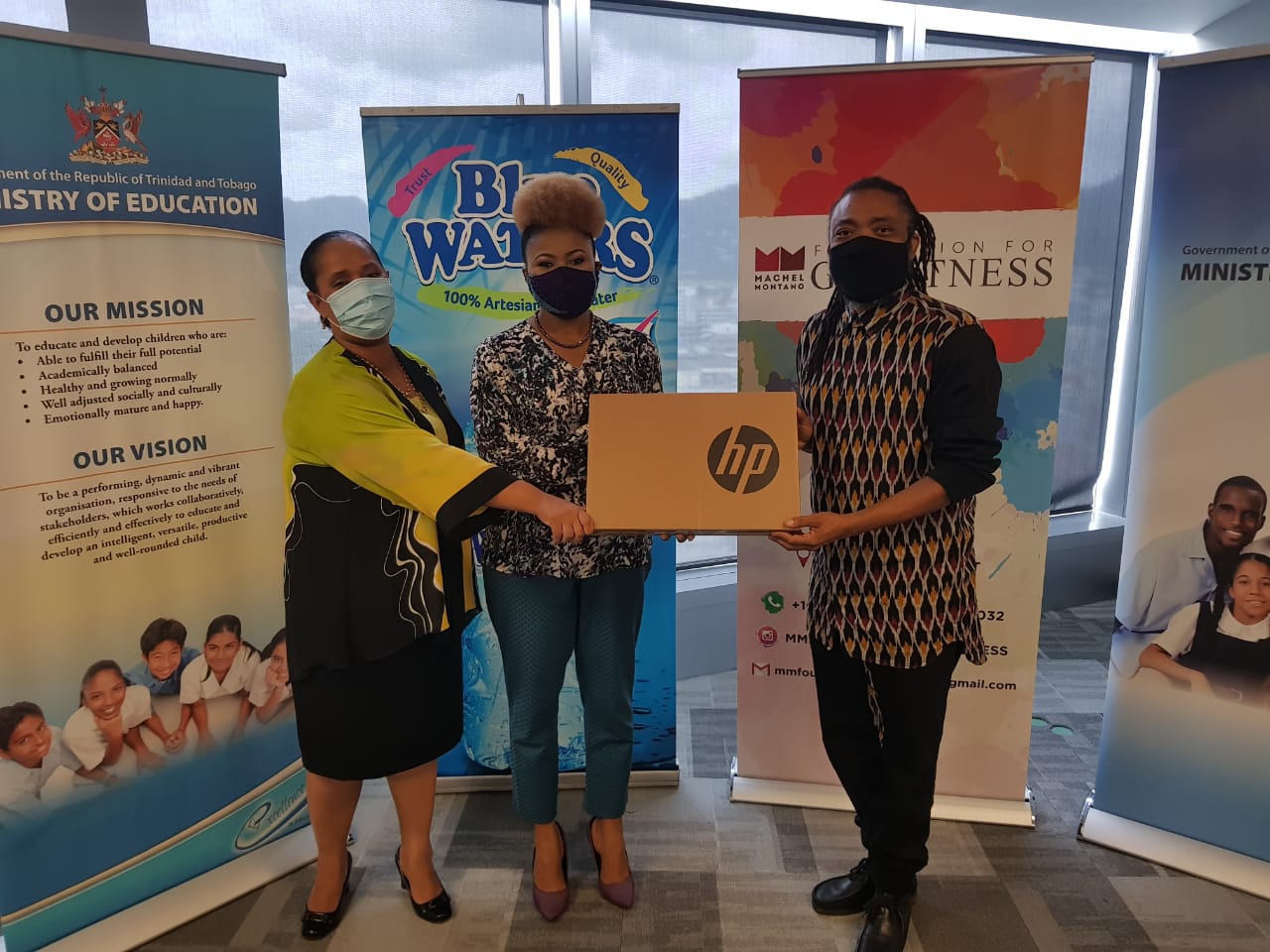 The donors met with Dr. Nyan Gadsby-Dolly at the Ministry’s Head Office for a ceremonial handover of the devices on Friday 2nd October, 2020.

The Foundation was the first entity to contact the Ministry to pledge its support following the announcement of the initiative.

Three of the four schools to receive devices hold special significance to the Montano family—Carenage Girls’ situated in the village where Mr. Montano, his brother and mother were born; Siparia Boys’ R.C., where Mr. Montano and his brother Marcus attended primary school; Toco Secondary, which lies within a community where Mr Montano is very active—and Macaulay Government Primary School,Gasparillo, selected by the Blue Waters Limited team. 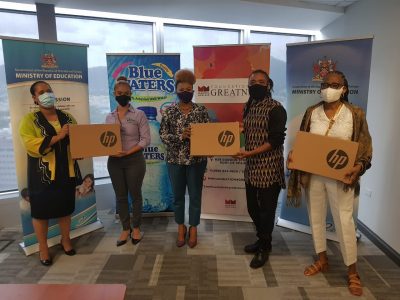 The sponsors described the two hundred (200) devices donation, comprised one hundred and eighty- five (185) tablets and fifteen (15) laptops as “helping to create a brighter future for our children and generations to come”.

The MMFG stated that the foundation’s primary focus is on the environment, the community, youth and the development of women and our culture.

Persons or organizations interested in the donation of devices to students may contact 622-2181 ext. 1429 and 1426 or send an email to [email protected] Further information on the Adopt-A- School Initiative can be found at https://www.moe.gov.tt/adopt-a-school-program/.