Lisa Wickham will no longer act as Chief Executive Officer (CEO) at the Trinidad and Tobago Television Limited (TTT).

In a statement issued by TTT, the company said that Wickham will be replaced by Mrs. Gail Seegobin who is also Head of Programming at the company. The decision will take effect today, October 4. The company stated that they are still seeking a permanent Chief Executive Officer.

Wickham will continue to produce her Now morning show. She assumed the role of Acting CEO in February, 2019. 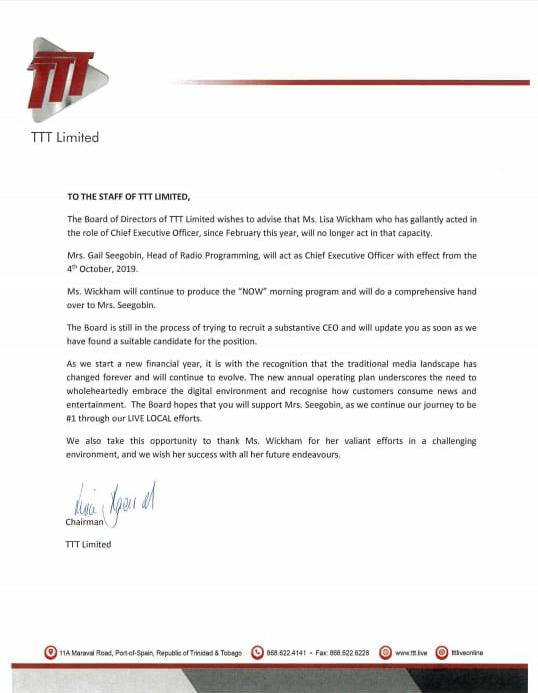