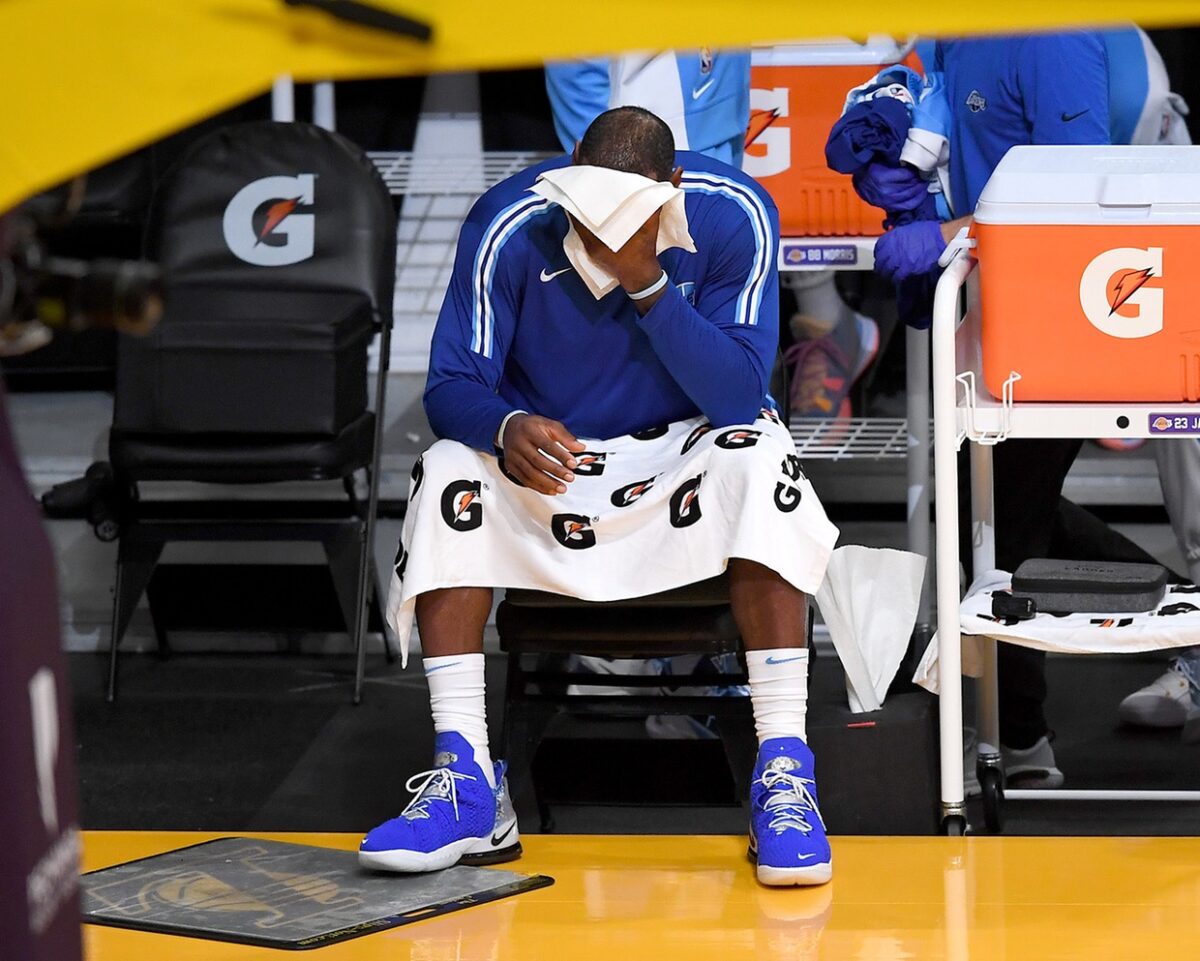 Los angeles lakers have no time to speculate and in the third game of the 2020-21 season of the NBA continued with the adjustments to show that they want another title from the hand of LeBron James, who was miraculously saved from injury.

This Sunday, the Lakers closed the NBA day by facing Minnesota Timberwolves en el Staples Center and the LeBron show was from start to finish in every aspect of the game. He even had the luxury of saving himself from a serious injury.

When the first quarter was about to end and the Lakers were leading by 17 points, instead of relaxing, LeBron took the ball and went with everything to dump it into one hand. The result? He got a foul and showed who he is ‘ The king‘ in Los Angeles.

James’ magic would now continue in the role of creating play. LeBron led a counterattack and when he was ready for the dunk he preferred give a ‘no look’ assist (without looking), in the best Magic Johnson style, for Markieff Morris to hammer the ball in the second quarter of Lakers vs. Timberwolves.

The four-time champ first sprained the same ankle on opening night against the Los Angeles Clippers. He was, however, able to remain in the game and also play on Christmas Day against the Dallas Mavericks.

After rolling his ankle on Sunday, James remained in the contest for the remainder of the half and appeared to be okay.

The Lakers will also take the court on Monday against the Portland Trail Blazers, so it remains to be seen how cautious L.A. is with its personnel.