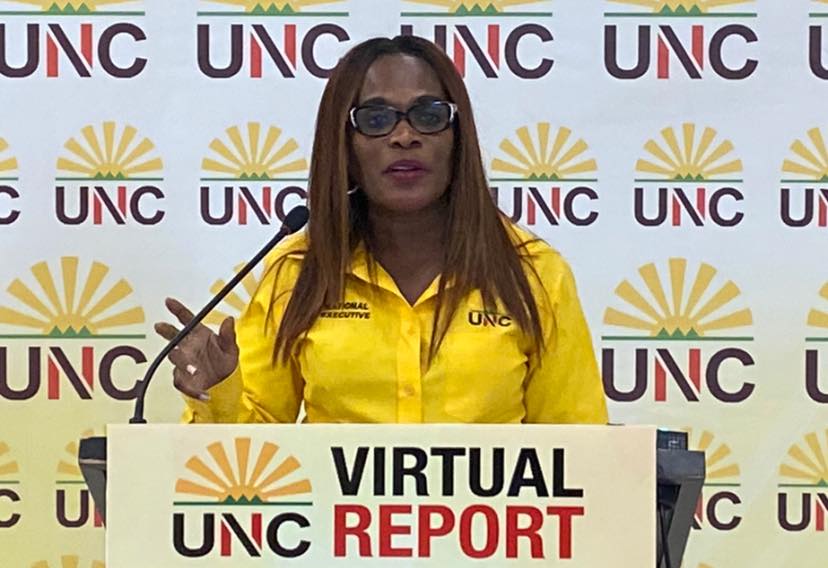 UNC Senator Jerlean John says “Government is legislating to give themselves the opportunity to do what they want. That is wrong.”

John made the comment in light of the passage of the Public Procurement and Disposal of Public Property (Amendment) Bill 2020 on Tuesday evening.

The State was able to pass the bill after Independent Senator Dr Maria Dillon-Remy voted with them.
The bill was passed by 16 votes for, with six against and eight abstentions.

John said Tuesday night had been an opportune moment to act properly but individuals with the power to do something had failed to do so.

She told that media that “All this throwing up your hand and playing you are Caesar’s wife. You ain’t no Caesar’s wife.
“I think it is a shame and a disgrace that there were people who decided to endorse what this Government is doing very openly.”

John said the Opposition went to the House to act on behalf of the people, and they expected that their colleague senators who are independent, to have acted in that way. “We had expected the Independent senators to act right.”

Loading...
Newer Post
TT given December 15 deadline to submit report on Covid vaccine readiness
Older Post
Government to be guided by experts over pepper spray use

MoH releases guidelines on conduct of churches and religious meetings 0