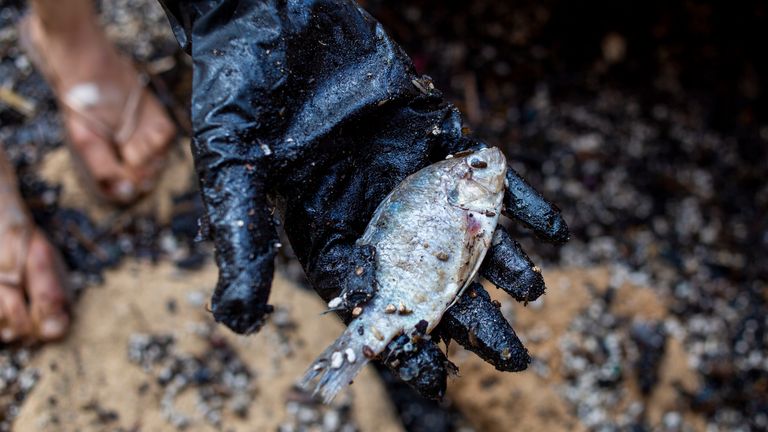 Israel closed all of its Mediterranean beaches until further notice on Sunday, days after an oil spill at sea deposited tons of tar along more than 160 km (100 miles) of coastline in what officials are calling the one of the worst ecological disasters in the country.Activists began reporting black tar balls on the Israeli coast last week after a severe storm.

The deposits wreaked havoc on local wildlife, and Israel’s agriculture ministry determined on Sunday that a dead juvenile fin whale that washed up on a beach in southern Israel had died from ingesting the viscous black liquid , according to Kan, the Israeli public broadcaster.

The Israel Nature and Parks Authority called the spill “one of the most serious ecological disasters” in the country’s history.

The ministries of environmental protection, health and the interior issued a joint statement warning the public not to visit the entire length of the country’s 195 km (120 mile) Mediterranean coastline, warning that “l ‘exposure to tar can be harmful to public health’. 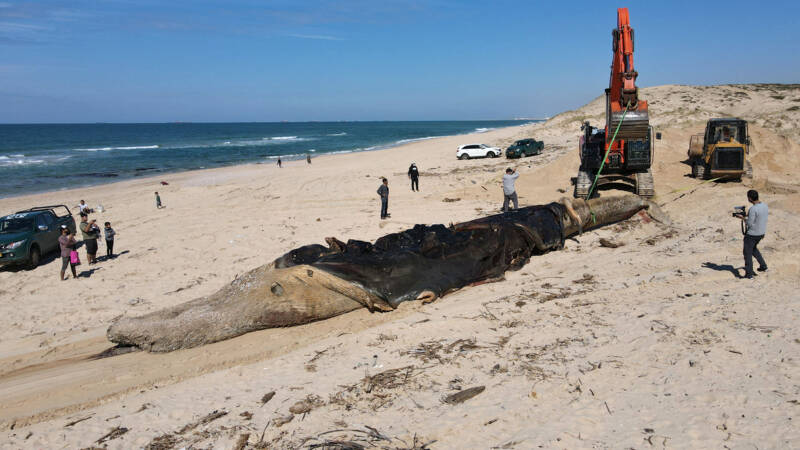 Representatives of a coalition of Israeli environmental groups told a press conference on Sunday that the Ministry of Environmental Protection is woefully underfunded and that existing legislation does little to prevent or address environmental disasters.

They warned that this disaster should be a call to opposition to a proposed pipeline connecting the United Arab Emirates and Israeli oil facilities to Eilat – home to threatened coral reefs in the Red Sea.

Israeli Prime Minister Benjamin Netanyahu and Minister of Environmental Protection Gila Gamliel visited a beach in the southern port city of Ashdod on Sunday to inspect the damage.

Gamliel in a tweet said: “We are doing everything we can to find those responsible for the disaster and tomorrow we will present for governmentapproval a motion for a resolution to rehabilitate the environment.

The Ministry of Environmental Protection and activists estimate that at least 1,000 tonnes of tar have already washed up on land.

Gamliel told Hebrew media that his department estimates the cleanup project will cost millions of dollars.

TT in an economic pandemic under PNM, says Persad-Bissessar 0