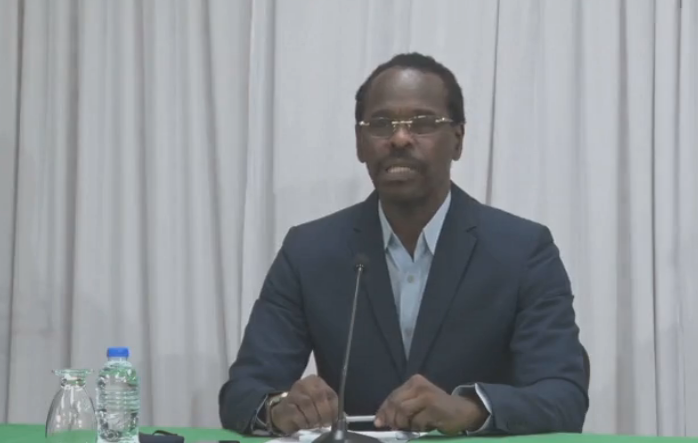 National Security Minister, Fitzgerald Hinds has assured that operations are ongoing to improve the security of this country’s borders.

Hinds gave the assurance Monday night during a GML interview, in light of the fact that the Indian variant of the COVID-19 virus has now been detected in neighbouring Venezuela.

The cases of the Indian variant, according to Venezuelan news agency, AlbertoNews, were found in five women, who were returning to Venezuela from studies in Colombia.

As of now, T&T has only detected cases of the UK variant and the Brazilian variant.

Hinds said “Once this virus and variants exist they can be transmitted from human to human, they’re popping up all over.”

He said all countries face the risk of virus spread as a result of movement. “That’s always a risk.”

Hinds said T&T is beset with many unofficial ports of entry, but without clear scientific proof, one couldn’t say for certain that Venezuelan migrants are a virus source.

But, he assured “We’re paying attention to all borders.”
“We identified 15 key areas to which we’re applying consideration as intelligence information advises those are the most active. We’ve mounted intelligence-driven border protection operations aimed at stamping out as far as possible, illegal entry by others,’’ he said.

“As we acquire new naval assets we’ll become more effective at protecting borders. We continue operating a radar system identifying approaching vessels/aircraft, plus patrols along coasts at strategic points. As we move, those who want to beat the system also move, but we’re aware of this and tackling it head on,” he said.