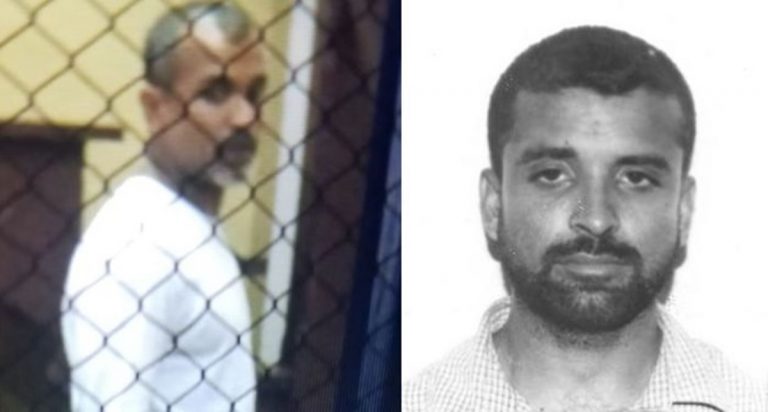 Convicted drug trafficker Shaheed Roger Khan was released from Police custody on Tuesday afternoon, more than 72 hours after he was arrested.

His lawyer Glenn Hanoman told the News Room that Khan was released on $200,000 station bail and has to return to the Criminal Investigations Department (CID) next week.

Hanoman said that his client was not charged with any offense.

Hours after he arrived in Guyana after being deported from the United States, Guyanese Police arrested Khan as they investigate the September 2005 murder of well-known boxing coach, Donald Allison and the January 2006 murder of political activist Ronald Waddell.

Waddell was executed outside his Subryanville, Georgetown residence on January 30, 2006, while Allison was gunned down outside the Ricola Boxing Gym in Agricola on the East Bank of Demerara on September 8, 2005.

Khan was whisked away to the CID Headquarters at midnight Friday last where his photographs and fingerprints were taken after arriving at the Cheddi Jagan International Airport (CJIA) on an American Airlines flight.

Hanoman told the media outside the Criminal Investigations Department (CID) Saturday morning that he was informed by senior detectives and officials at the office of the Director of Public Prosecutions (DPP) that the Police have no evidence upon which they can charge Khan for these murders.

On 15 June 2006 Khan was arrested in Suriname, Paramaribo with three of his bodyguards in a sting operation that Surinamese police said netted more than 200 kilograms of cocaine – the biggest cocaine haul in Suriname of that year.

Instead of being deported to Guyana, Khan was flown to Trinidad where he was handed over to the US authorities.

In October 2009 Khan was sentenced in a courtroom in Brooklyn, New York to 40 years imprisonment for trafficking large amounts of cocaine in the United States of America, witness tampering and illegal firearm possession.

His sentences ran concurrently, which meant that he was only expected to serve 15 years but he spent less than 10 years behind bars and was ordered deported.

Four Pregnant Women Have Died Due To Covid 19, Says Director of Women’s Health

Four Pregnant Women Have Died Due To Covid 19, Says Director of Women’s Health

Four Pregnant Women Have Died Due To Covid 19, Says Director of Women’s Health 0