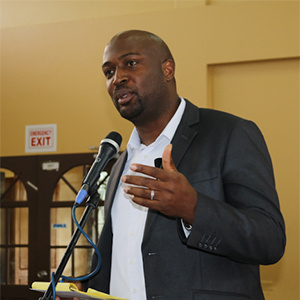 The head of the T&T Registered Nurses Association ((TTRNA) is pleased with the Prime Minister’s move to do away with most of the restrictions initially put in place to curb the Covid-19 pandemic.

Idi Stuart in a GML interview, said: “We are in agreement with the removal of those restrictions. Those restrictions are for a limited period of time as it restricts people’s civil liberties. With the numbers that we are seeing within the COVID facilities, it is more than enough time to remove the restrictions.”

Stuart added, “When you keep these restrictions for an inordinate period, people begin to get weary and they begin to flout it and the mere fact of having it begins to lose its flavour. If it has to be replaced because of a future spike then so be it, but during these low periods of hospitalizations then it is a good move.”

He suggested that Government now focus on primary health care for the population as many of the people who did contract the COVID virus were suffering from diabetes and obesity.

Stuart warned the population to focus on preventing themselves from falling in those categories, saying “There would be other infections in the future unrelated to COVID and it is those categories of citizens whose immune systems would be compromised. This is an opportune time for all of us as citizens to start seeking better health practices like eating better and exercise. This is the lesson that was lost upon the population last two years.”

Labourer charged for robbery with violence 0