“I will not be seek­ing of­fice again but I will con­tin­ue to serve the poor­est and the weak­est,” said Opposition MP Dr. Suruj Rambachan speaking at a UNC meeting in Gasparillo last night. 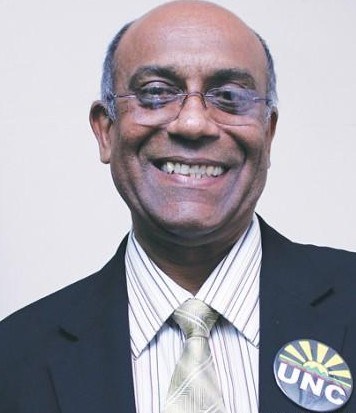 Dr. Rambachan, who has been in the political arena for over 30 years, announced that he will not be seeking political office during the upcoming 2020 elections. He, instead, will work in a mentoring capacity, tutoring young members of the UNC. His decision to bow out of the electoral race, he said, was done as a way to bring new life into the party.

Before his announcement, Leader of the Opposition Kamla Persad-Bissessar announced the opening of the nominations for the general elections. Many believe that the former Prime Minister intends to present a younger, more vibrant slate of candidates to contest the 2020 general election.

Persad-Bissesar thanked Rambachan for his service adding, “to take our nation forward…we must marry the experience of the elder with the youth of our nation to bring about a new generation of leaders in Trinidad and Tobago.”

In 1980, Dr. Surujrattan Rambachan founded the Organization for National Reconstruction (ONR) along with other members. He also served as Deputy Political Leader of the party. He entered Parliament in 1990 as a Senator, and Minister in the Ministry of Industry, Enterprise and Tourism. He has held several Ministerial positions since then:

He is the current MP for Tabaquite.