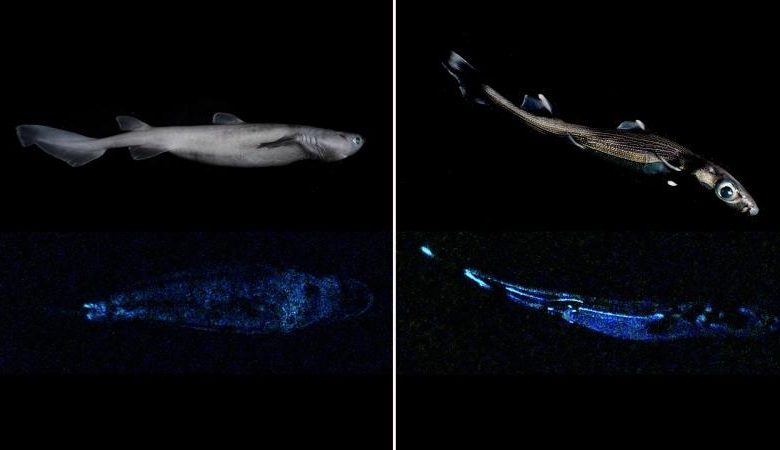 Scientists have discovered three glow-in-the-dark shark species in the waters of New Zealand, including the world’s largest known luminescent vertebrate.

The animals were collected in the Chatham Rise region, on the coast of New Zealand, in January 2020, but studies on animals have only been published now, in the latest issue of the scientific journal Frontiers in Marine Science.

A study led by a Belgian scientist found three species of deep-sea sharks, including the kite-fin shark, which can grow up to 1.8 meters long, as well as the lucifer dogfish and southern lantern shark, according to a scientific study published Wednesday.

According to the researchers, the bright bellies of these sharks may have the function of helping them to hide from predators and other threats. According to them, bioluminescence is obtained through photophores, which are light-producing cells, located on the animals’ skin.

Bioluminescence can be identified in other species, the best known of which is firefly. This ability is rare in marine organisms and even more uncommon in vertebrate animals, mainly of this size.

The three species are native to a space called the mesopelagic zone or twilight zone, which varies between 200m to 1km in depth, which is the maximum reached by sunlight. Since there are no hiding places in this location, backlighting can be an efficient form of camouflage.

For a long time, it was believed that bioluminescence was a spectacular event in marine animals, however, although it is still uncommon, it occurs in a small number of organisms, mainly in the deep sea.