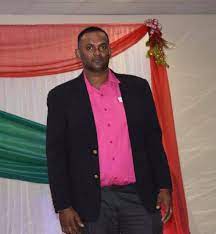 A call has been issued for Government to step up the fight against crime in the Freeport\Chickland district.

The call was made by UNC Councillor, Anil Baliram, after a series of robberies in the area recently.
One of these incidents being the robbing of the proprietors and customers at the Savi and Anna Mini Mart on Mission Road, Freeport, around 10.30 am on Friday.

Baliram said, “This recent escalation in robberies in my district is unprecedented as bandits no longer fear police and are bold enough to rob a family of multiple police officers in their home. Crime in this country is rampant. Just yesterday a Roman Catholic priest was tied up and robbed. Two children were shot earlier this week. Every day we are hearing of murders and robberies. Criminals have no respect for police or the church anymore so no one is safe. Anyone can be their next target.”

Baliram also called on the prime minister to remove the Minister of National Security as the spiralling crime situation which has occurred under his watch seems to only be getting worse.

Earthquake near TT with 4.6 magnitude 0

Woman ‘put in a wheelchair’ after ‘holding in her farts’ 0