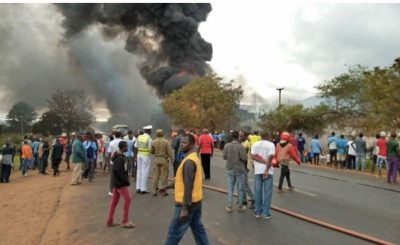 A huge oil tanker explosion in Tanzania has caused the deaths of of at least 50 people.

The vehicle overturned on the road in Morogoro, 175 kilometers (109 miles) west of Dar es Salaam, according to Kebwe Stephene, the regional commissioner of Morogoro.

The wrecked tanker attracted a large crowd of people trying to collect fuel, when it exploded, many were caught in the blast and it was reported that several people were injured at the scene of the accident and that the death toll could rise.

The road connecting Morogoro with Dar es Salaam, the country’s most populous city and former capital, is one of Tanzania’s key throughways, used to transport imports and exports to and from the coast.

Loading...
Newer Post
Cricketing body loses its “Best”
Older Post
PM Dr Keith Rowley saddened by what has happened to Marlene McDonald But it shows no one above the Law