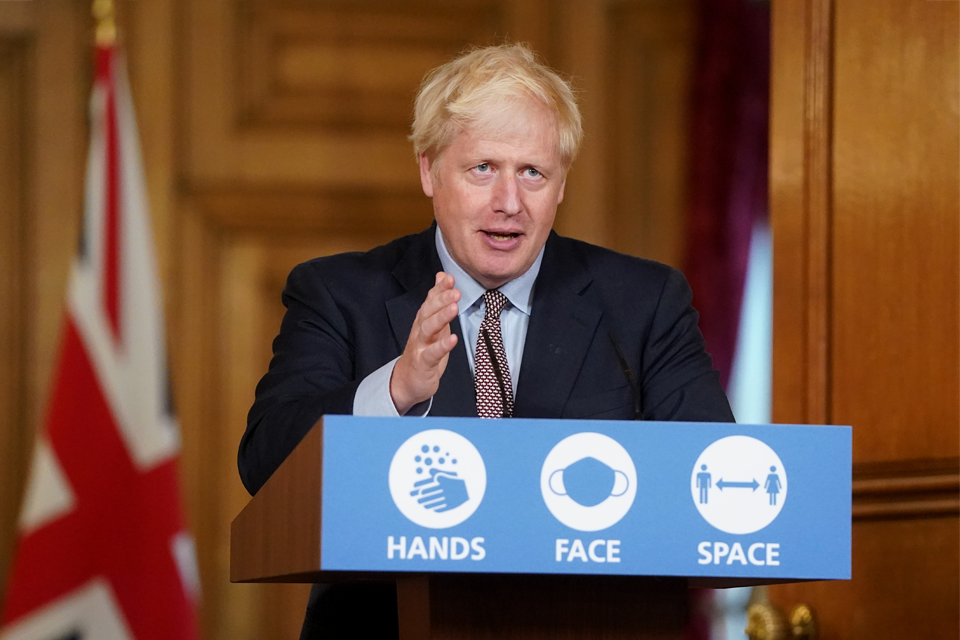 Boris Jonson said that the country is in a “critical moment” and that measures “strong enough” are needed to halt the advance of the new variant of the coronavirus, considered more infectious.

“The government is giving instructions again to stay at home. They can only leave home for strict reasons foreseen in the law, such as buying essential goods, working if they cannot do it at home, exercising, having medical assistance, or escaping domestic violence ”, he announced in a television communication.

In the last few days, the daily average of cases increased by 50% and deaths by 21% compared to the previous seven days.

Parliament was called to meet extraordinarily on Wednesday and approve measures at national level.

Due to the worsening epidemic situation, the British government had already determined a phased restart of classes in England, but has been in a hurry to keep schools closed for security reasons.

A survey by the YouGov company released this afternoon indicated that around 79% of people strongly supported (51%) or in some way (28%) the confinement hypothesis and only 16% are strongly (7%) or slightly (9 %) against.

On the other hand, 69% of Britons think that the UK government is doing a terrible job in relation to schools, having announced that classes would be resumed this week and days later to back down.

Before the announcement, Labor Party leader Keir Starmer had already told the BBC that the closure of schools was “inevitable” and that the prime minister must speed up the vaccination program and take on a goal of four million vaccines a week until February.

“The virus is out of control. The system of levels is clearly not working and we all know that more stringent measures are needed. (…) If we are going to ask the British people to be subject to harsh national restrictions – and we are asking why this needs to happen immediately – then the contract needs to be for the vaccine program to proceed as quickly as possible. ”

Starmer wants two million doses to begin in January and twice as much in February.