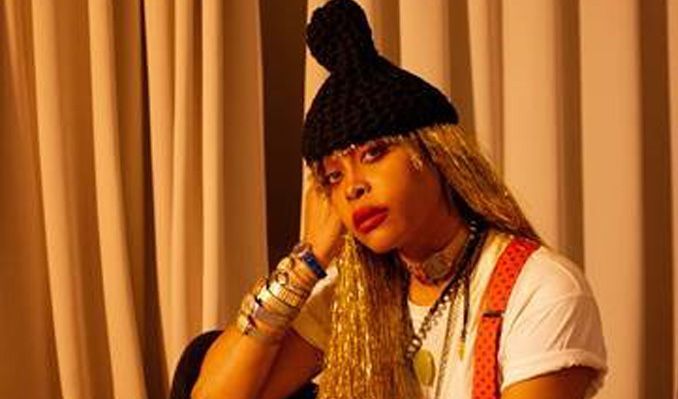 Erykah Badu tweeted a public apology to the former First Couple for posting a video from his soiree.

The singer took to Twitter to offer a public apology that she wrote directly to the former first couple, “Mr. And Mrs. Obama,” she penned. “Please forgive me 4 being the ‘terrible guest’ at such a sacred event for your family.”

“I was so inconsiderate,” she continued. “Thank you for all your love. What an example of ‘how NOT‘ to be.”

She signed it with the classical spelling of her name, “Erica.”

One social media user replied, “They made you take down the video and apologize publicly, lol.”

Another on Twitter wrote, “It’s okay. Mistakes happen and sometimes the energy can be so great it causes you to go against the grain. We bounce back.”

Badu had shared a video of herself at the A-list event, which also included a shot of Obama on the dance floor with singer H.E.R. enjoying himself. Badu ultimately deleted the clip, but it was reposted by gossip sites and other social media users.

The party, which was originally set to welcome 500 guests to the Obama’s palatial Martha’s Vineyard estate, was scaled back to 200 guests due to rising transmission of the COVID-19 Delta variant. However, the star-studded soiree did proceed with a Hawaiian-luau theme.

“Due to the new spread of the delta variant over the past week, the president and Mrs. Obama have decided to significantly scale back the event to include only family and close friends,” a spokesperson said. “President Obama is appreciative of others sending their birthday wishes from afar and looks forward to seeing people soon.”

Rapper Trap Beckham performed his hit single, “Birthday Bi*ch”; his manager TJ Chapman posted and then deleted several videos he shared of the event. He later shared a clip in which he spoke about it.

Dozens of celebs attended the event, with most posting pictures of themselves before they departed for it, including Gabrielle Union and Dywane Wade, who were elegantly dressed.

Obama’s 60th birthday party has been blasted by conservatives as irresponsible as the Delta variant continues to result in rising hospitalization numbers. However, guests reportedly had to submit negative COVID-19 test results to a specific “coronavirus coordinator” to gain entry.