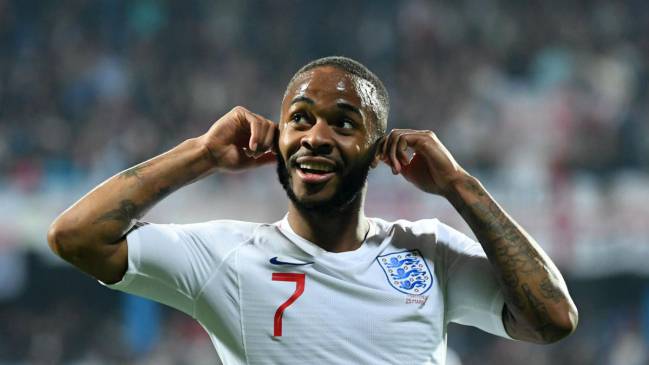 Tammy Abraham says England are prepared to defy Uefa rules on racism and walk off the pitch if they face abuse during Euro 2020 qualifiers.

Gareth Southgate’s team travel to the Czech Republic and Bulgaria for back-to-back matches on Friday and Monday.

The second game, in Sofia, will be closely watched as the hosts will be playing in the Vasil Levski National Stadium, partially closed as a sanction following previous incidents of racism.

England’s players received similar abuse in their qualifier against Montenegro in Podgorica earlier this year, where they stayed on the pitch and won 5-1.

The first step is for the referee to be made aware of any racism and halt the game for an announcement to be made.

If the abuse continues, the referee will suspend the game for a period of time.

The third and final step will see the official abandon the game.

But Abraham, 22, suggested if England’s players believe someone is not comfortable, captain Harry Kane could lead them off the pitch before the three steps are played out if they are not working.

“We’ve touched base on how to deal with the situation,” said the Chelsea forward.

“Harry Kane even said that if it happens and we’re not happy with it, we speak to the player and if he’s not happy, we all come off the pitch together.

Defender Trent Alexander-Arnold, 21, believes the protocols will be followed but that in any potentially threatening situation a different course of action may be appropriate.

“We need to be professional athletes,” said the Liverpool player.

“We have an obligation to follow the protocols, that’s what we need to do. If it does get to the extreme, maybe different action might be taken.”

Ashley Young was subjected to monkey chants in Sofia during an England game in 2011.

The Bulgarian Football Union was fined €40,000 by Uefa for “discriminatory” chanting and lighting and throwing of fireworks.

Abraham suffered racial abuse online earlier this season, targeted by trolls after missing a penalty in the Super Cup shootout defeat to Liverpool.