Public Services Association (PSA) President Watson Duke appeared before a Port-of-Spain Magistrate this morning charged with sedition. He was granted bail of TT$250,000 with surety.

While the prosecutor did not object to the bail, he mentioned Duke’s pending matters of rape and indecent assault in Trinidad and one count of disorderly conduct in Tobago. He said these must be considered when determining the bail stipulations for the PSA President. The case was adjourned to December 13th. 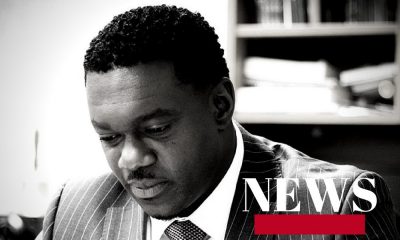 Duke’s comments were read in court this morning. He is reported to have made the following statements on Friday 16th November, 2018:

“Now, I tell you what I want you all to do you know, because unless you’re not prepared to do that, each of you much internalise what this means to you and your family. Doh go and take no licks and sit down quiet home you know”.

We have to become people of conviction. I doh support, forgive mih language, jackass behaviour. I am king march. I love to march. Buh you see me, I looking for a bomb, something to end the fight”.

“Me ain’t in this long march thing again. I want to dun de fight and the day they come for us in WASA, I’m going to tell them prepare to collect some bodies in the morgue, and I may be one of them, because when I take up this duty, my duty was simple, to protect and represent my employees”.

“We talking conviction. I does get emotional and I talk dem things, yuh know, because me ain’t in no marching, marching thing because ah tell yuh straight, me not in this stupidness up and dong, whoa, whoa, woa, whoa. That can’t change nobody mind”.