Dozens of dead bodies were found inside moving trucks near a funeral home in New York City.

Residents of Brooklyn’s Flatlands neighbourhood had tried to ignore the stench, but on Wednesday police were finally called to investigate its source, stumbling upon 50 rotting corpses stacked inside four non-refrigerated trucks at the Andrew T Cleckley Funeral Home. Some residents told local media they’d noticed the odor for several weeks.

New York City’s death care system — its hospital mortuaries, cemeteries, crematories and city-run morgues — have been under extraordinary strain in recent weeks as beleaguered workers have tried to grapple with the single worst mass casualty event to hit New York since the Spanish flu pandemic of a century ago. At least 14,000 people in the city have perished from Covid-19, the disease caused by the novel coronavirus.

No one has felt the pressure more than funeral directors who have been caught with the rising tide of bodies pouring out of hospitals and nursing homes and the backlogs that make them unable to cremate or bury people quickly. Some funeral homes have had to use refrigerated trailers, and others have converted chapels into temporary morgues, using high-powered air conditioners to chill the rooms. 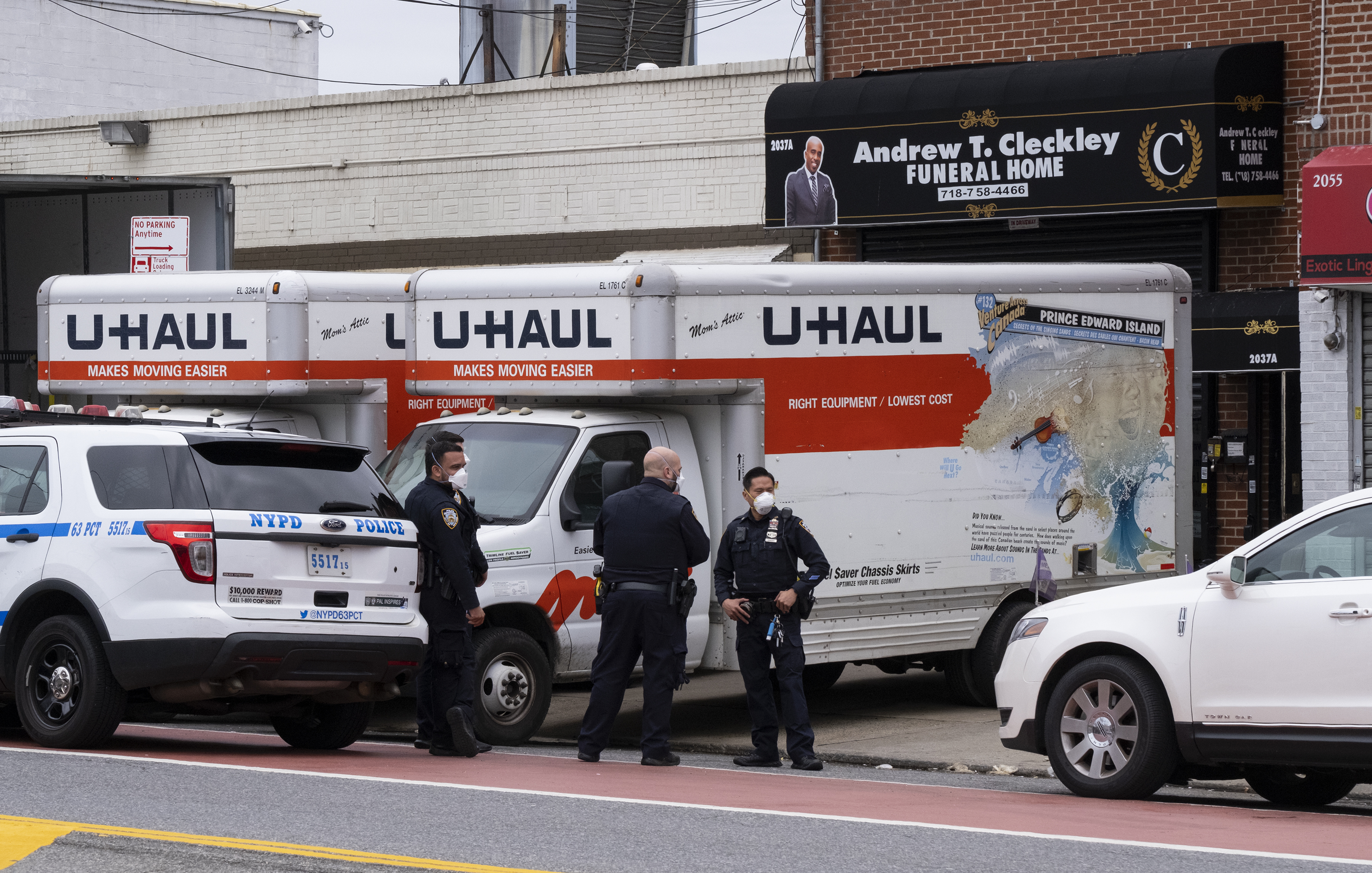 Eric L. Adams, the Brooklyn borough president, arrived at the Cleckley funeral parlour, found police officers and other investigators had sealed off the streets like a crime scene and were examining the tractor-trailer and the U-Haul.

“It appears the truck was full,” Mr. Adams said. “They were trying to use U-Haul as a backup.” He added: “This is traumatizing to family members.”

The state Department of Health, which regulates funeral homes, was also called to the scene to determine whether the funeral home was handling the remains appropriately and issued two summonses, according to a law enforcement official briefed on the investigation.

New York City has been the country’s worst-hit hotspot for Covid-19 for some time, seeing over 164,000 infections and some 18,000 deaths, according to data gathered by Johns Hopkins University. Though the Federal Emergency Management Agency (FEMA) has provided refrigerated morgue trucks to deal with the excess deaths, some facilities are still struggling to cope with the influx of corpses.

Police were called to a #Brooklyn neighborhood Wednesday after a #NewYork funeral home overwhelmed by the #coronavirus resorted to storing dozens of bodies in rented trucks, and a passerby complained about the smell. #theafricanpress #covid19 pic.twitter.com/eve7Wfaoai