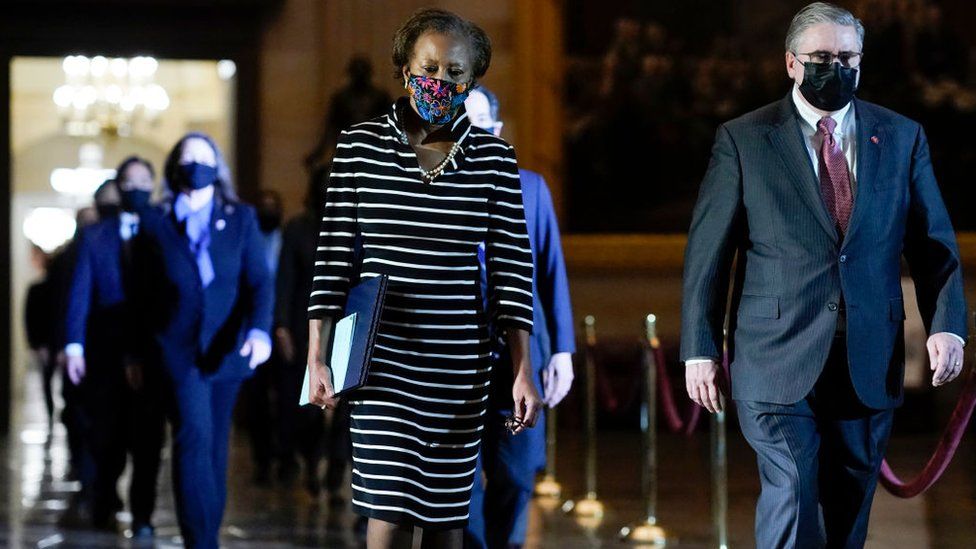 House Democrats have said Donald Trump must be convicted, because he is personally responsible for the riot at the US Capitol.

They detail the former President’s incitement of insurrection against the republic he swore to protect in a pre-trial brief released today.

It calls for him to be disqualified from ever running for office again.

However, the former President has repeatedly denied his words led to the riot on January 6TH.

More details in this report –