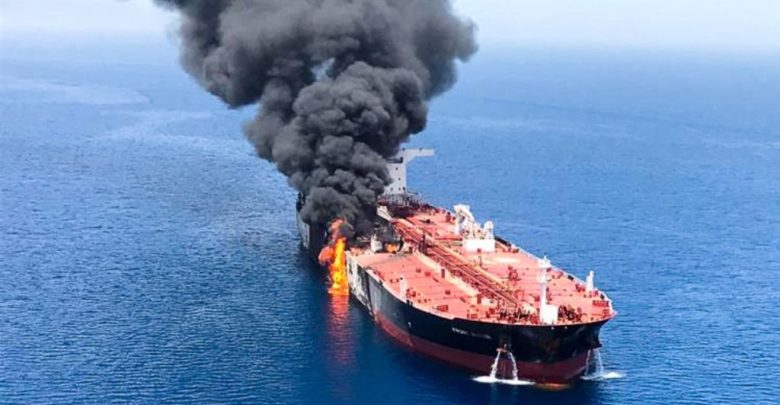 Oil jumped back above US$60 a barrel after a reported explosion on an Iranian tanker near the Saudi Arabian port city of Jeddah reignited fears that unrest in the Middle East threatens global supply.

Futures jumped by almost US$1 a barrel after the Islamic Republic News Agency reported a National Iranian Oil Company tanker caught fire after a blast, taking the day’s gains to more than 2%.

Prices were already higher after US President Donald Trump said talks with Chinese counterparts are going “really well” and that they will continue today, offering a glimmer of hope for global demand.

The tanker explosion will spur fresh concern about potential conflict in the world’s most important crude-producing region after attacks on ships and drones earlier this year, and most recently a strike on Saudi Arabian energy infrastructure.

Oil is still down about 19% from its peak in April as the prolonged US-China dispute adds to a bleak economic outlook.

“The explosion points to potential geopolitical risks and that has once again surprised the market to the upside,” said Will Sungchil Yun, a commodities analyst at HI Investment & Futures Corp in Seoul.

“It still remains to be seen whether prices will keep rising as investors are putting their focus on the trade talks and the gains won’t last long if the negotiations result in a no-deal.”

Key Saudi Arabian oil-processing facilities were attacked on Sept 14, a strike that curbed about 5% of global output and was blamed on Iran. In July, a US ship downed an Iranian drone, while oil tankers have been targeted in the Persian Gulf.