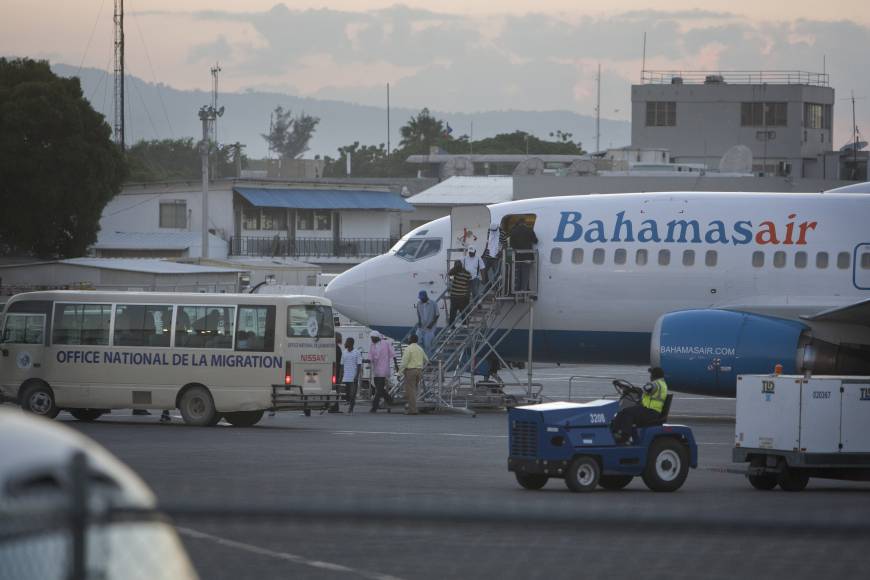 More than 100 Haitian’s Deported from Bahamas

The Bahamas has deported more than 100 Haitian nationals less than two weeks after Prime Minister Dr. Hubert Minnis warned illegal migrants they should either leave the country voluntarily or be “forced to leave” following the passage of Hurricane Dorian last month.

A statement issued by the Department of immigration said that a Bahamasair flight departed the Lynden Pindling International Airport for Port-au-Prince, Haiti with a total of 112 Haitian nationals escorted by a team of law enforcement officers. 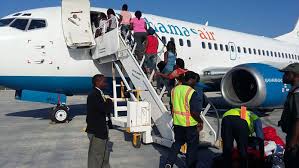 The statement said that 21 females were among those deported and that it “will continue its commitment to carrying out the mandates of our agency to combat illegal migration by establishing effective border control management in compliance with the Statute Laws of our country”.

The brief statement did not indicate whether those deported had survived the passage of the storm, but at the start of this month, Minnis in a statement in Parliament warned illegal migrants who survived the passage of Hurricane Dorian on September 1 killing at least 60 people and leaving millions of dollars in damage, that the government would be implementing its deportation of illegal migrants in keeping with the law.

Attorney General Carl Bethel said migrants who have lost their jobs as a result of the hurricane “need to go home” even if their work permits have not yet expired,.

In an earlier statement, the Department of Immigration warned prospective employers of storm victims that need work permits must prove their applicant has satisfactory living conditions because if they don’t, they will be denied.

“The public is advised that non-nationals seeking employment in The Bahamas must be approved by the Immigration Department and that applications for the issuance of the first work permit will not be accepted or considered unless the individual is physically present and resident in his or her country of origin at the same time that the first application is made,” the Department of Immigration said.

The issue of illegal immigration from Haiti to the Bahamas has been a long-standing problem with Haitians being stigmatized in the country.

Apart from the island of New Providence, Abaco is believed to have had the largest population of Haitians, many residing in informal shantytowns. The largest two, The Mudd and Pigeon Pea, in Abaco’s capital, Marsh Harbour, suffered severe damage when Hurricane Dorian swept through the archipelago.

Council of Parent Teachers Association calling for cancellation of SEA 0