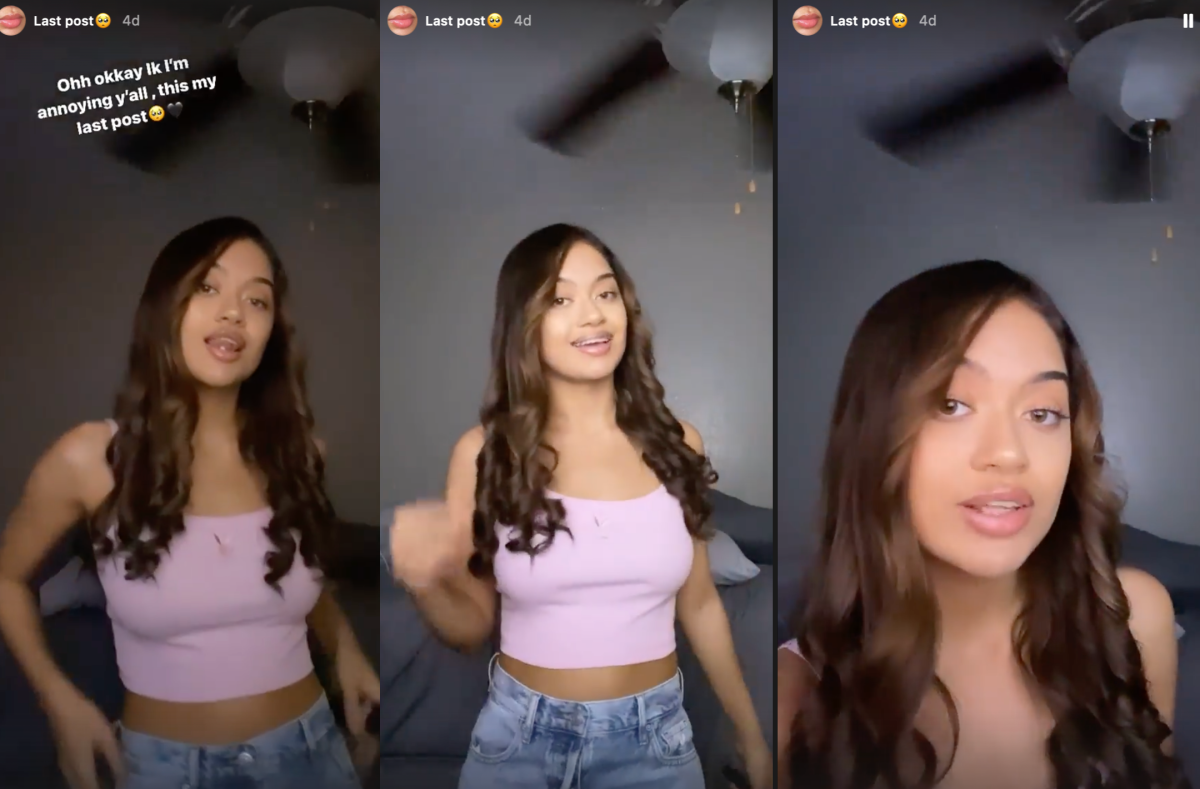 Dazhariaa Quint Noyes, a TikTok and YouTube star, passed away this week at the age of 18. Dazhariaa went by the username bxbygirlldee, and was known as Dee by fans.

Dazhariaa’s cause of death has not been revealed, but fans are sharing their thoughts on social media. Read on to find out more about Dazhariaa, and what people are saying about her death.

According to the New York Post, Dazhariaa’s father Joseph Santiago confirmed her death in a statement accompanied by several photos of her. “I just want to thank everyone for their love and support of my daughter,” he wrote. “Unfortunately she is no longer with us and has gone to a better place.”

Dazhariaa reportedly had over a million followers on TikTok. She also made vlogs and challenge videos for YouTube, with almost 100,000 followers. Many of her videos featured her “crush,” a fellow TikTokker named Finesse.

Finesse posted a tribute to Dazhariaa on TikTok, featuring shots of the two of them together. “If we are meant to be we will find each other again,” he wrote.

Dazhariaa had also recently launched a beauty line. In December, she shared an Instagram photo of herself surrounded by packages she was shipping out, saying she was “the only worker.”

Some fans took to the comment sections of Dazhariaa’s recent YouTube and Instagram posts to share their thoughts. “Please let this be fake I love her so much just because of how strong she is and her life story,” one fan wrote on YouTube.

“RIP we lost an angel hope god is treating you good,” another fan wrote on Dazhariaa’s most recent Instagram post.