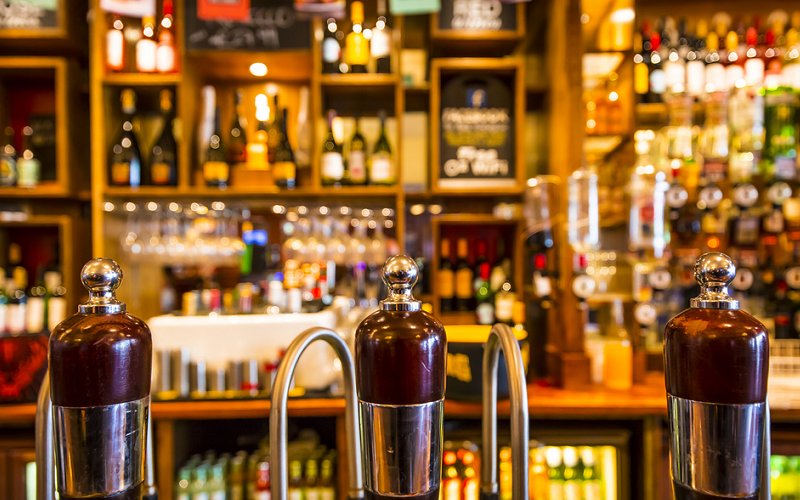 Bars and restaurants are expected to remain closed for at least two more months, according to London news reports.

Prime Minister, Boris Johnson, is expected to reveal the country’s ‘road map’ out of lockdown later this month.

On Friday, it was announced that the UK will have to remain subject to social distancing measures until the fall – if not later this year.

A Whitehall insider told The Times that social distancing “will have to be in place for a long time” – although it is still believed that a number of options are still being discussed by MPs.

Tonight, the Sun reported that pubs and restaurants will be able to serve outdoors if cases continue to decline in April.

Earlier reports earlier this month had said May would be the first date to reopen, however, with the R rate falling below 1 today, the publication said the government was looking to speed up easing measures. lock-out if the decline continues.

It is still expected that people will not be allowed into pubs until at least May.

It comes as the number of Covid-19 patients hospitalized in England stood at 19,009 as of 8 a.m. on Friday February 12th, according to the latest figures from NHS England – the lowest number since December 26th and down by 45% from a high of 34,336 on Jan 18th.

The prime minister has refused to be dragged into announcing possible measures to ease the lockdown ahead of his “road map”, which is due to be revealed the week of February 22nd.

He previously said schools would reopen on the earliest date of March 8, if coronavirus rates and pressure on the NHS diminish.

They reported that the Prime Minister considered a “three-step” lockdown plan. It would see schools, then non-essential stores and finally pubs, restaurants and hotels reopen on three separate dates – but all would be in time for Easter, April 4th, if cases and the number of hospitals continue to drop. .

Mr Johnson praised the vaccination program on Friday evening, which has now seen more than 14 million people in the UK receiving a first dose of a vaccine.

In a video posted to his Twitter account, Boris Johnson said: ‘As I speak to you, we have vaccinated around 14 million people across the UK – this is the first shot for 14 million people. It looks like we’re on the right track, we really hope to reach the JCVI, the most vulnerable groups one to four, by the 15th.

“There is obviously a lot of work going on to make sure we do this and I want to thank, once again, everyone involved who is helping.

He added that people were working “absolutely hard” to keep vaccinationsgoing, despite inclement weather conditions, but urged those in the first four groups who had not yet received a first dose to come forward.

“There are still a million or more who have yet to come forward for the vaccine in this group. Please do it, ”he said.

More than 115,000 people have died in the UK from coronavirus.