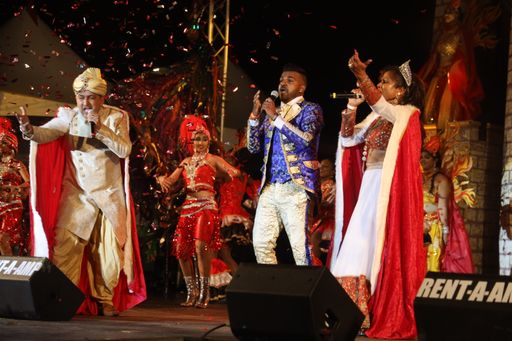 CSM will be a total online/TV experience

Southex Promotions, the organisers of the Chutney Soca Monarch (CSM) competition, are aiming to host and package a successful virtual event for 2021.

Southex CEO and CSM producer, George Singh, said “The pandemic had created unique opportunities for CSM to be able to create something really special for patrons.
“Over the last ten years of producing the CSM, producers have noticed a trend that has proven that the bigger audience looking at CSM has not been the live audience, but the online audience that can vary from 100,000 live viewers to more than one million viewers over the first month that the event stays online.

He added “The audience also comes from all parts of the world, with particular emphasis on the US, Canada, UK and the Caribbean regions like Guyana, Suriname and Barbados.”

He said the online/tv event will give viewers the opportunity to contribute their votes to the final result tally.

It will also allow for a wider pool of participants as Singh said agents in New York, Toronto and Georgetown, Guyana will register artistes in their respective regions, giving them the opportunity to compete without travelling to TT.

In terms of the prize structure, Singh is yet to iron out this aspect.

He said that the prize monies will not be as in years gone by, but considerably less.

He is hoping to get assistance from government and is also open to receiving foreign sponsorship.

The semi-final of the CSM will be shown on January 30 and the final on February 13, with the results being announced live after the show.

The final will be a full theatrical production recorded at the Southern Academy for the Performing Arts (SAPA).
The CSM will be free to viewers across the world.