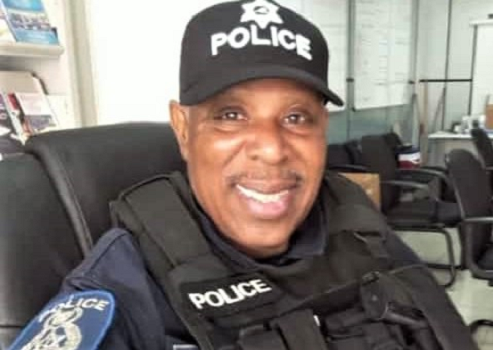 The Trinidad and Tobago Police Service (TTPS) is mourning the loss of PC Hayden Spencer, who succumbed to illness on Friday while at hospital.

Commissioner of Police, Gary Griffith, and the Executive of the TTPS, are offering heartfelt condolences to the relatives, friends, and colleagues of PC Spencer.

PC Spencer, 57, leaves to mourn his daughter, son, two sisters, one brother and his father.
He passed away while undergoing medical treatment at the Couva Hospital and Multi-Training Facility.

PC Spencer gave 12 years’ service and was last attached to the Hearts and Minds, Inter-Agency Task Force (IATF) since 2012.

He also served as a member of the Special Anti Crime Unit of Trinidad and Tobago (SAUTT).
PC Spencer’s senior officer, Insp Charles, of the IATF, described him as “always willing to help as he went the extra mile to help anyone.”

He added, “He loved cooking, baking and sharing bread with his colleagues. He loved eating! He was well-loved by the students of Success/ Laventille Secondary School, having conducted patrols and lectures at the school and the community.”

This is the third officer that TTPS has lost in the past two weeks, as the Police Service continues to remember PC Anthony Nicholson and Insp (Ag.) Mukesh Sookram who passed away on May 7th and May 12th, respectively.