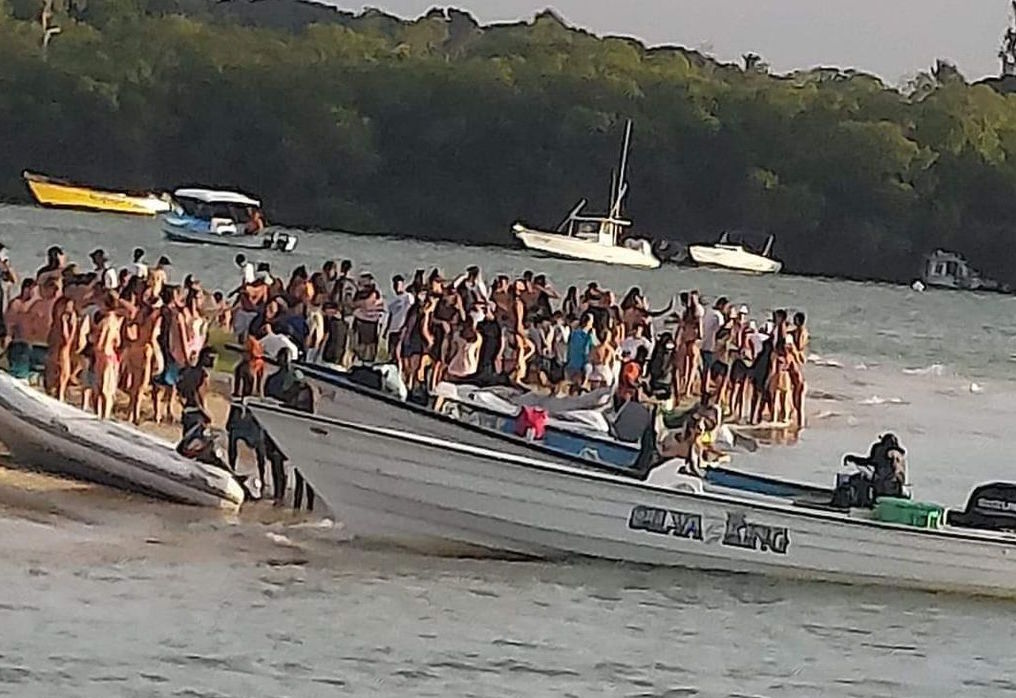 CoP: Difficult for police to act on No Man’s Land party

Images of dozens of people partying on No Man’s Land beach in Tobago on Sunday, has raised questions as to why the authorities did not swoop in and put a halt to the festivities.

But, Police Commissioner Gary Griffith said there was very little that could have been done based on the location of the event.

In a GML interview, Griffith confirmed seeing the viral images of a large crowd of people gathered at No Man’s Land, but noted that No Man’s Land, like Maracas Bay or any other beach, is a public beach.

He said what the police can take action on, is the fact that in the picture, people were not wearing masks, which he said was a ‘ticketable’ offence.

The Commissioner added that No Man’s Land is an area that cannot be easily policed and so the assistance of the Coast Guard is essential in this regard.

Reports are that hundreds were shuttled out to the secluded beach—which is only accessible by boat—on Friday and Saturday and fishermen were paid $50 per head to make the trip.

The report further stated, “There were at least five hundred persons there, so much that when you look you could not see sand only people.”

It was also reported that during the entire event, there was no police or Coast Guard in sight.